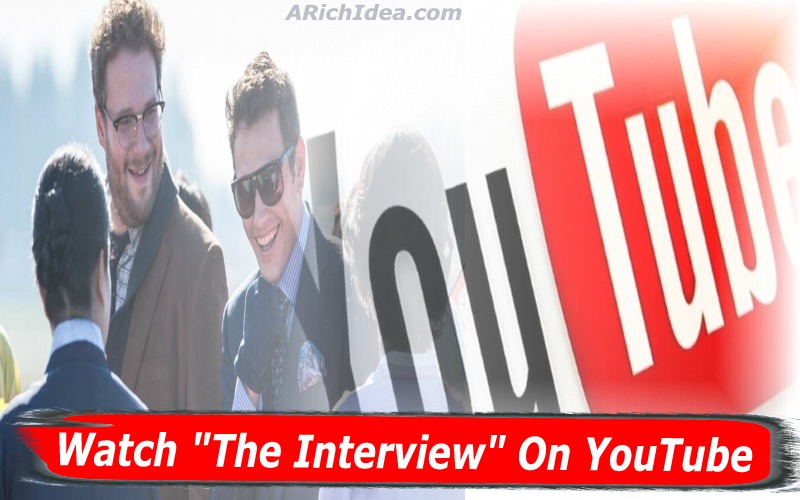 Sony Pictures has just released the Interview on YouTube!!!

It’s Christmas morning and I just had a visit to YouTube before hitting the breakfast table with family and there it is: The Interview available on YouTube. It’s available as a rental for $5.99 and you can also buy it for $14.99. This might just end of being the biggest hit of the Holiday season and it’s not even in theaters. Oh, wait, yet it is. Sony has also released The Interview on Google Play, xBox, a website called http://www.seetheinterview.com/, AND in select theaters.

How can you watch with the whole family if the video is on YouTube? Well, if you don’t have a SmartTV, pop on over to best-buy and get a Chromecast–it lets you watch YouTube videos on your LCD in high-quality HD.

Here is a preview of The Interview (for the few who haven’t seen it yet):

When and Why Did Sony Decide to Release The Interview?

Sony received a lot of negative press after they decided not to go ahead with the release of The Interview in theaters…including from President Obama himself.

They have now reversed course and are not only releasing it on YouTube but in the other places mentioned above: Google Play, Xbox, http://www.seetheinterview.com/ (a site Sony created) AND live in many theaters throughout the world Christmas day.

It’s now more available than it would have been previously.

So, tonight, make it a Christmas treat: sit back and enjoy The Interview with family and friends.

Sony comedy The Interview opens: The BBC takes to the streets and asks people why they are going to see the movie in theaters.

A Millennial Meltdown? Sony’s The Interview, North Korea, and the USA: This article takes a look at Sony’s decision not to release The Interview and how it is being perceived.

Sony Broadly Releases ‘The Interview’ in Reversal of Plans: ABC news takes a look at Sony’s decision to change course and do a mass release of The Interview.

After Sony’s about-face, ‘The Interview’ sells out in many U.S. cinemas: Reuters takes a look at the movie screenings of The Interview taking place throughout the globe on this Christmas day.