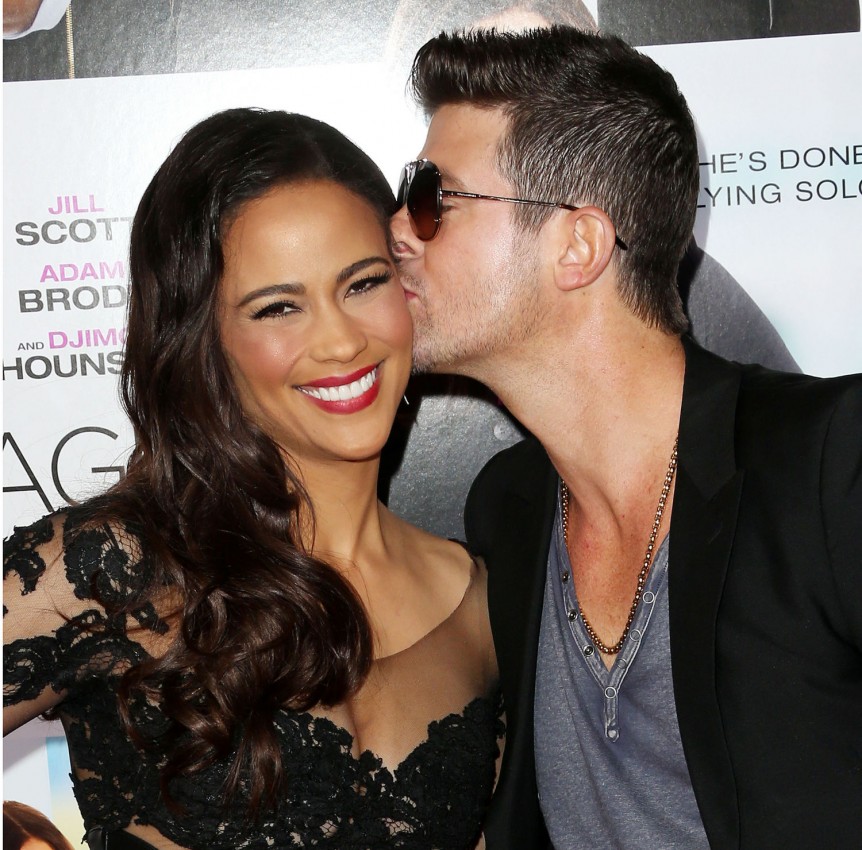 Are Robin Thicke and Paula Patton back together? TMZ.com is reporting that the two spent Christmas Eve partying together and that Paula’s family was treating Robin as someone that they would enjoy having back in the family.

I was quite unaware of Paula Patton until one pivotal evening when I saw the movie 2 Guns with Mark Wahlberg and Denzel Washington. I enjoyed the movie but left thinking just one thing: Who was that girl playing the love-interest of Denzel Washington?

Of course, Google led me right to her and I quickly discovered that she was married to Robin Thicke, who had recently shot to fame with his recording of Blurred Lines.

Robin’s success with Blurred Lines apparently went to his head and he began stepping out on the most ravishing beauty I’ve seen in a movie in awhile. She said “you’re out a here” and he tried forcefully but somewhat pitifully to win back her affections. It did not work and Paula, after declaring legal separation in February, filed for divorce on October 18.

Is their Christmas Eve together a sign of hope for Robin or simply co-parents sharing holidays for the benefit of the little one? We shall see…

Robin Thicke and Paula Patton: Images Through the Years

Robin Thicke and Paula Patton have been together since they were in the their teens and married back in 2005. Let’s take a look at them through the years. Why? Because every photo of her is a feast for the eyes and, well, Robin’s with her so we’ll see him too. See larger versions by clicking on the image. 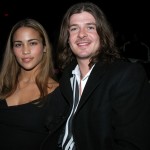 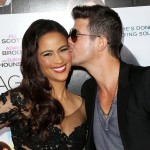 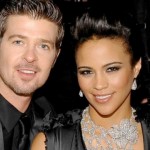 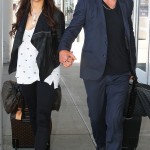 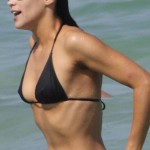 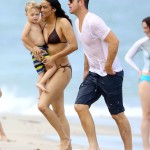