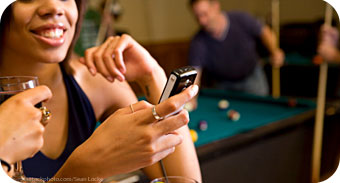 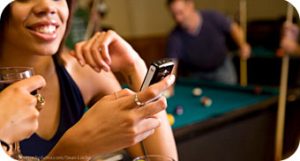 I really hope that my wife does not read this!

But, as I see my friends getting divorced, they seem so happy.  They have their kids, their guy friends, lots of girlfriends, and the sympathy of the world.

After the initial pain of the divorce, they invariably say:  “This divorce thing is great.  I wish I had thought of it sooner.”

What man in his right mind would proclaim to the world over the Internet, “I Wish I Was Divorced.”  The wife would take the letter straight to her attorney and claim emotional distress.  And, of course, emotional stress ups the alimony ante.

Probably, I speak for many married people when I say, “I wish I was divorced”.  I, however, am not divorced…though maybe I should be.

The idea hit me when I was speaking with my friend Trey at a party the other night.  Trey is divorced.

Trey, like my other friends in divorceland, had a difficult period of emotional adjustment.  However, after a few months, when the feeling of failure or isolation diminished, Trey hit the dating scene; specifically, the online dating scene.

The online dating scene is very good to men, both single and divorced.  I wrote about this in an article called Online Dating: Get Lovin’ While Looking for Love.  When a man is newly single, and you ask him how the dating scene is going, he’ll inevitably pull you a bit closer and say something like:  “Dude, have you heard about this Match.com thing?”

And Trey was no different.  He has dated many girls from Match.com and enjoyed the ample side-benefits of his single life.  As a few guys commented in Online Dating: Get Lovin’ While Looking for Love, the second date seems to be the one where the dinner leads to satisfying deserts.

As Trey and I talked, he mentioned that “I thought it might be a problem that I was divorced.  But I realized that girls like this.  It shows them that I have tried the marriage thing and that I am willing to commit.  In fact,” he added “if I meet a girl who is in her late 30’s, and she has not been married, I become very suspicious…like…I wonder what her problem is…”

Particularly interesting for me since I have never married. Do girls think the same thing?  Do they think…”I wonder why he has never been married…what’s wrong with him?”

As these thoughts were skipping around in my mind the next day, my girlfriend called me.  We were talking about our day and then she mentioned, “Oh, I had an interesting talk with my co-workers at lunch today.”

“Well,” she said, “they were asking about you.”

“Well,” she continued, “since they have never met you, they wanted to know more.”

“Well, they think that you’re a little weird because you’re near 40 and you’ve never been married,” she said.

“Really,” I responded.  “Would it better if I were divorced?” I asked.

I realized that, as life rolls on, even if you do not change, situations around you change.

I remember, when I was younger and just out of college, I would hear guys who got married young say:  “Wow, this marriage thing, this wedding band, really attracts the women.  It’s ironic:  Now that I cannot pursue any of these women, they all want to date me.”  Some of the real cheesy guys would even wear fake wedding bands to attract women.

Now, I wonder if we have entered a world where single people will falsely claim that they’re divorced to avoid suspicion?

Divorce is one of the most difficult things to go through in life.  I have seen a few friends experience this devastating process.  While it is saddening to see your friends go through a divorce, it is equally rewarding to see them surface from their misery, to begin dating again, and to enjoy the fruits for their newfound freedom.

When I was out with my divorced friend Luke a few weeks ago, he picked out the most beautiful girl in the bar and said “watch this.”

He approached the girl and said:  “Hi, I am Luke.  I am recently divorced and I have two kids.  I haven’t dated recently because I was married so I really don’t’ know how anymore.  But I noticed you from across the bar and I think that you’re beautiful and would love to take you out some time.”  It was a Castanza-like in its brilliance.

“What a refreshingly honest approach,” she responded.  “I’d love to go out with you.”

Another single friend of ours, simply amazed that this strategy worked so well for Luke, turned to me and said:

“I wish I was divorced.”