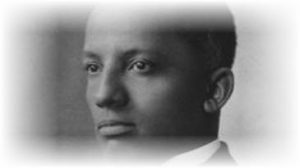 I came across a question today that many people ask:  “Why were black people called negros?”  I am going to research the history of this term, but my guess is that the term comes from the Spanish word for black, which is negro.

It turns out that the term negro actually originated with the Portuguese (whose language is very similar to Spanish).  Around 1442,  the Portuguese were trying to find a sea-route to India and discovered sub-Saharan Africa in the process.  There, they discovered black people and referred to them as negro, their word for the color black.