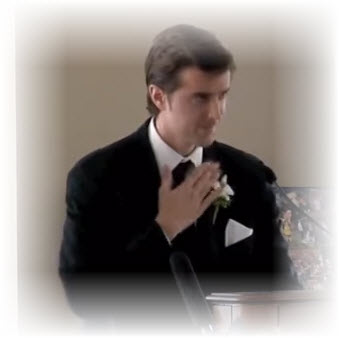 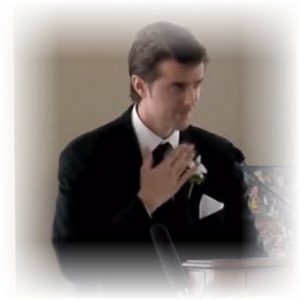 Ever heard the “fornication” line to open a best man speech? If not, it’s coming soon to a wedding near you.

Over the summer, I attended a wedding along with a few hundred other people.  It was a gorgeous summer afternoon and the outside wedding was proceeding flawlessly.  Weddings can have hiccups as sometimes things go awry, but on this day everything was going perfect.

And then came time for the Best Man Speech.

What happened?  Did he ruin the wedding?  Did he give one of the worst best man speeches of all time?

No, quite the contrary.  He was brilliant.  This best man delivered one of the most hilarious best man speeches that I have seen.  From the opening line of his speech (you’ll see in the video below), he had the hundreds in attendance doubled over in laughter.  He jokes were tastefully colored so that those in the know got the jokes but the kids and grandparents would take no offense.  When he finished, the audience gave him a standing ovation.  I heard several people say–and I agreed–that this was the best best man speech that they had ever seen.

So, why do I tell this story now?

Well, a friend of mine was recently selected to be the best man in his brothers wedding.  He looked a bit distraught about this and I asked him what was wrong.  He responded to me that he was somewhat stressed about his upcoming best man speech.

“Well,” I said, “I attended a wedding this summer and the Best Man gave an incredible speech to a rousing ovation.  I heard that they were going to post it online.  Let’s hit the Internet and maybe we can find it and you can get some pointers.”

So, we went online to find the best man speech that I had seen this summer.  I thought that we would probably find it on youtube or some similar video hosting site.  I went to google and I typed in Best Man Speech Videos.

Immediately, as the top entry, I found the best man speech that I had seen this summer.

The words were exactly the same.  Exactly!

Of course, the names of the bride and the groom were different.  But, other than that, the speech was an exact duplicate of the one that I had seen this summer.

How can two people who don’t know each other and probably live thousand of miles apart from one another write the exact same speech?

Amazing.  This is truly the curious case of the Best Man Speech.

Here is a video of the Best Man Speech that I saw this summer delivered by someone else.  Perhaps, just perhaps, you will see this same speech at the next wedding you attend….