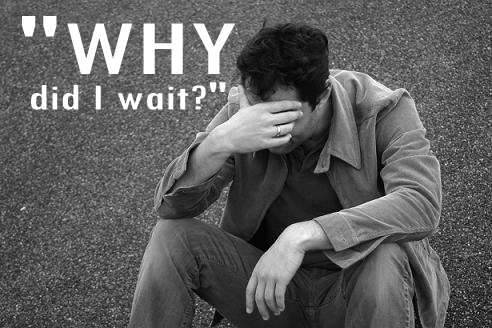 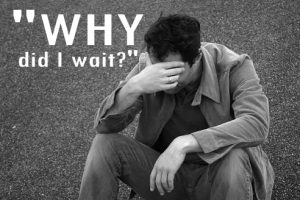 I just accidentally stumbled upon a story of the 27 year old virgin man.

I noticed that a post that I had written about the sexual consent form was getting a lot of hits from a certain webpage and I decided to check it out.  The webpage was titled “I’m got tired of waiting until marriage so I started having sex at age 27.”

Obviously, one would assume, given the title of the page, that this was written by a girl.  But it wasn’t…a guy wrote it.

My first thought was really?   You exist?  The 40 Year Old Virgin was a movie my friend, not a call to action or a challenge of any kind.

The person who wrote the post, who goes by the name moneymoron (should we remove the money part?), states:

For various reasons I decided that while I liked going out with girls and making out with them just fine, I wanted to save actual sex for marriage. I managed to make it to age 27 before some stuff changed in my life and I decided I wanted to start having sex. That was 6 months ago.

I applaud people’s decision to maintain control of their own sexuality, especially when their young…like 15. But 27? A 27 year old virgin man? Well, it’s unique, that’s for sure.

Anyway, our 27 year old virgin laments the fact that too many women have STDs and is thinking about re-virginizing himself. Proudly, our virgin says: “I had myself tested for everything right when I made this decision and scored a clean bill of health.” I could have saved you money, virgin man. You do not need an STD test if you have never had sex.

Be that as it may my virgin man, I think you have hit the risk of waiting. Just imagine if you had started earlier. Perhaps, you may have met one of these girls when she was a freshmen in college and a virgin like you. You could have walked down that aisle together as virgins and lived a happy STD-free live together.

But now, my virgin friend, you waited too long. That fresh, college freshmen, is now a well-laid women who’d sooner reveal a tummy tuck than an STD.

Which brings us back to your original statement: Why did you wait?

My virgin friend–especially since you’re a virgin!, there is absolutely no greater joy in the world than the sensual lips of a women. If it was only “just fine”, I have some news for you:

You are batting for the wrong team.