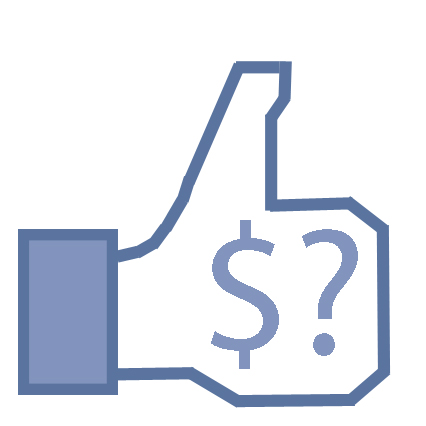 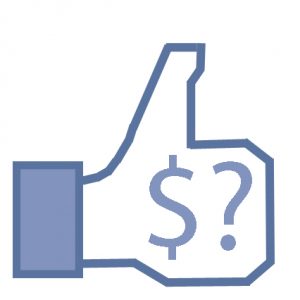 There are many people out there asking “How Does Facebook Make Money?”

They are asking this because they are using Facebook and they are using it for free. So, we will investigate how Facebook makes money or, if in fact, they make any money at all!

The quality experience that Facebook provides is not created out of thin-air for free.  Facebook currently employs over 44,942 people and these engineers usually get paid a nice salary.

So, unless Facebook is simply hemorrhaging money, they need to make a lot to pay all of these people.

And, with over 2.5 billion active users, we can assume that Facebook is able to generate quite a bit of money and they are able to do this through advertising placed on Facebook pages as you see in the photo on the right.

Facebook used a portion of the screen to advertise to me and, yet, I have never clicked on one of the ads.

So, when you advertise to 2.5 billion monthly active users, you are definitely going to make some money, but how much?  Does Facebook make enough to pay for all of their expenses?

Additionally, as people are predominantly using Facebook on their Smartphones, there will be even less room to place ads.

But, let’s take a look at some hard data which should now be more readily available because Facebook is a publicly traded company.

While it was tenuous in the beginning whether Facebook would be able to monetize their product, they have exceeded the expectations of even the most skeptical pundits.

Facebook has mastered micro-targeting and many think that Facebook is an even better platform than Google to use for advertising products and services.  Take a look at which provides better ROI (hint:  it’s not Google)?

Because of this, Facebook is making a lot of money!  As we see in this on-going tally of Facebook’s revenue, Facebook had over $70 billion in revenue in 2019.

Facebook makes money through advertising.  That is the simple answer.

While many used to be concerned that the founder Facebook, Mark Zuckerberg, was not concerned enough with making money and only seemed to care about a positive user experience, he has put investors minds at ease as Facebook has proven very adept at generating enormous revenue.

Mark has not done bad for himself either as he now the 5th wealthiest person in the world.