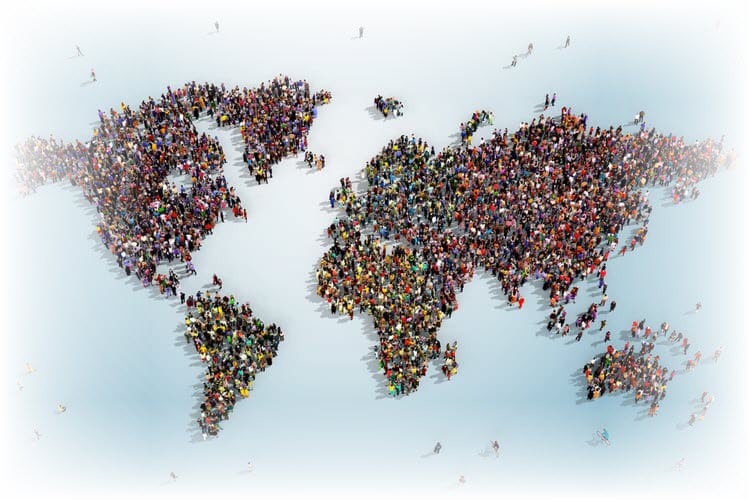 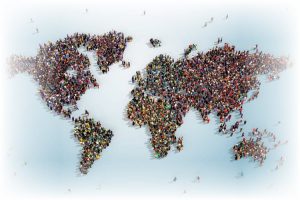 A lot of our visitors wonder how many people are in the world.

In fact, I recently received this question from one our frequent visitors:

Question: I am wondering how many people that there are in the world? I keep seeing statistics like “There are 1.5 billion Catholics in the world” or “If Facebook were a country, it would be the third largest country”. But these stats mean nothing if I don’t know how many total people are in the world! Val — Tampa, Fl

The Population of the World

Val, first, we have to acknowledge that we’re looking at a moving target here what with new people leaving and arriving everyday.

However, we can come up with some pretty specific numbers about how many people there are in the world. We’ll even do you one better by breaking the population of the world down by country.

The first place we’ll start is by googling world population. As we see in the graphic below, Google always has us covered.

The population of the world right now is 7.7 billion, but it’s escalating quickly.

Here’s a great page that gives us a running count.

As you mention in the question, we have seen much in the news lately with the election of a new pope about the amount of Catholics in the world. Knowing that the world has roughly 7 billion people, we can see that Catholics represent about 21% of the world population. And Muslims? They number about 1.6 billion so they come in 2% points higher than Catholics as a percentage of the number of people in the world.

And, finally, let’s break this down by country.

As we see in the photo below, courtesy of this WikiPedia page on population by country, the two most populace countries in the world are China and India by large amounts. The US is third with just over 300,000. 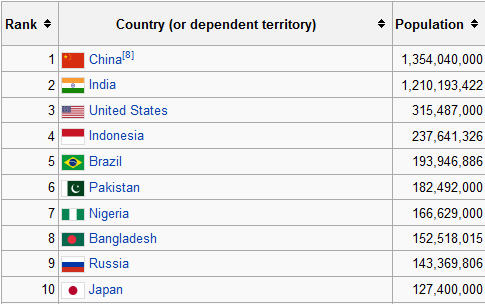 So, yes, if Facebook were a country, it would be the 3rd largest country…and you wondered how Facebook makes money.

Conclusion: How Many People in the World?

Val, you know at A Rich Idea, we strive to answer all questions with detail and some added observations.

We hope that you and everyone else out there now know how many people are in the world: 7.7 billion!

As always, thank you for the question and, for those out there who would like to ask a question, simply do so on our contact form.

Thanks and have a great day!