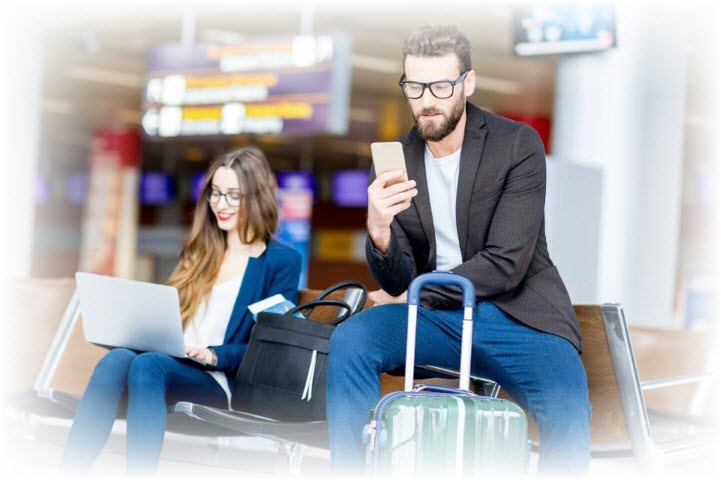 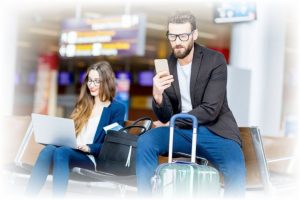 These are my observations from above after a day of air travel.

Getting on the plane, the very large gentlemen in front of me asked for something I had never heard of:  a seat-belt extender.

Shouldn’t this be the point where the person gets charged for an extra ticket?  If someone needs a seatbelt extender, there’s a good chance, no-a certainty, that they will exceed the confines of their seat; their fat will ooze all over you.  I know-it’s happened to me several times.

Asking for a seat-belt extender is the point at which they must be charged for a new ticket.  I think fat people, as a show of pride in their fatness, call it fat solidarity if you will, should personally lead this crusade.

Am I In the Right Seat

Did you know that someone started a website called seatguru.com.

The only function of this site is to point out the best seats on particular makes of airplanes.  What a dumb idea, huh?  He made millions off of this dumb idea when expedia.com bought seatguru.com.  So, he’s a millionaire now, which is great, but he’s still just the guy who was obsessed with what seat on a plane is best.  Or is he?  I wonder…read more about him here…

When landing at Phoenix, the temperature was 107 degrees.  They say that roaches are the only species that can survive a nuclear attack.  I wonder if they could survive a summer in Arizona.

The airport at Phoenix, Sky-Harbor, provides fast, free Wi-Fi internet access.  Most airports still make you pay.  And, many of them advertise “Wi-Fi Throughout the Airport” and you don’t find out that you have to pay for it until you have sat down, opened up your laptop, turned it on, and tried to connect.  What an irritant!  Just tell me…Am I gonna get it or do I have to take you to dinner first?

I am always late arriving for flights unless they are out of Phoenix or Las Vegas.  That list has now been reduced to just Las Vegas.  Why?  I have always liked these airports and don’t mind arriving early-they have great party bars and they both allowed you to smoke in the bars (Phoenix no longer does).  Whatever!  I know most people don’t smoke and it’s gonna kill me and YADA YADA but you smokers know what I am talking about it.   You all partied with me in these bars over the years.  And they are not quite as fun now that you cannot smoke, are they?

A smoker side note to all airports:  How hard is it to have a smoking area within the secured area of the airport?  Do you know how many smokers leave the secured area just to go have a smoke?  The answer is ALL OF THEM!  They suffer about a ½ hour round-trip journey to go have a smoke.  I know you don’t care about that Mr. Airport, but care about this:  They make the security lines much longer by having to come in and out.  Take a page out of the St. Louis airport-put a frickin’ smoking area within the secured part of the airport.

She Has No Idea

Here at SkyHarbor airport, there is a girl sitting across from me, catty corner.  She just took off her shoes, propped her bare feet up on her suitcases, and let out a big breath of relaxation.  She has just attracted the eyes of all the males at gate 18 and she has no idea-this makes her even sexier.

This may be one of her first business trips and she’s so unimpressed with the idea of business travel.  I love that.  She wears an ankle bracelet, in the form of a rope, which does not go with her business attire at all.  Who cares?  She doesn’t and that probably makes people like her more.  She just wants to get home and hang out by some pool.

As I was on the subject of airports…we must comment on DFW (Dallas-Fort Worth).  DFW is the worst airport in the nation.

Here is why:  It is not suppose to take as long to taxi from your gate to the takeoff runway as it is for your plane to fly to its destination!  A plane is not meant to be used as a car!  I have a car…that’s what I drove to the airport in.  I do not want to get here and then drive in a plane.  It’s not a drive plane; it’s an airplane!

Because it’s called DFW, did that mean that you had to put some of the gates in Dallas and the rest of them in Fort Worth?  Or, did you think it was cool if a plane taxied over a highway bridge?  Is this what it was?  Or was is it just that Everything is Big in Texas so let’s make our airport the same way?  If so, why not make it the DFWA airport and have it be the airport for Austin too?  Whatever it was, get rid of it.  Tear it down and start over…and, while you’re at, put some fu*king smoking areas inside of security!

I’m looking down on Phoenix now just after take-off.  It’s like a big, smoldering-hot, dried-up bowl of vegetable soup.  The sides of the bowl are the mountains.  They contain all these dried-up vegetable people who are cracking, shriveling, and wrinkling their summer away.  They should leave and come back in October when Phoenix will be perfect.   The only benefit of Phoenix in the summer is that you can play outstanding golf courses for a 70% discount.

Well, that’s it.  Just some thoughts and reflections as I travel our great country.