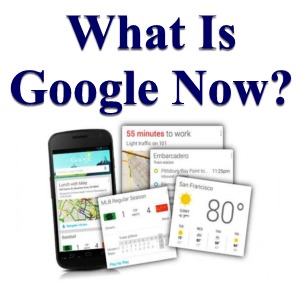 Google Now is all the rage right now especially with the latest release of Google’s Android, known as Jelly Bean.  So, what is Google Now?  We’ll tell you all about Google Now, right here and right now.

(This article was originally written back in 2012. As we see in the note below, Google Now is no longer but we’ll leave the article here in case you want to read about what Google Now was…) 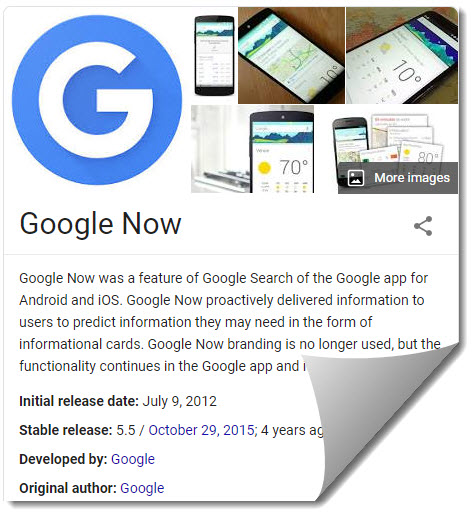 Google has always been a company that provides information.  The more pertinent the information that Google can deliver, the better their offerings.  With that, Google introduced Google Now with this simple description:

But what does that mean?

People say that Steve Jobs actualized his miracle at Apple because he created products that we did not even know that we needed.  Is Google Now an incredible product that we didn’t even know we needed?

Let’s have a look.

We are told that Google Now can anticpate our needs just as these needs arise.  For example, when I wake up, Google Now will tell me the local weather and what the traffic situation will be as I go off to work.  I wonder if it will make my coffee too?

This sounds like things I already have.  My phone and computer currently both tell me the weather.  I can also easily receive traffic reports.

Yes, but Google Now bundles all of these abilities in one package with me not even having to set anything up.  We receive this information as “cards” thought the day.

Confused?  Let’s take a look at Google Now and find out through video how Google Now can improve our lives.

Google Now Vs Siri:  Which is Better?

Many have claimed that the new Google Now/Google Search available with Android Jelly Bean is Google’s version of Apple’s Siri.  You have all used or seen the advertisements for Apple Siri.  You ask a question and, presumablly, Siri will provide you the answer.  But, which is better?  Siri or Google Now?

Here, this video puts the two to the test:  Siri vs Google Now video.

Google Now is a great offering that anticpates your needs.  Rather than having all of these features in different locations, Google’s Jelly Bean has tied them all together in one place in the form of Google Now.

Probably not.  Apple users are downright religious in their fatith.  Just as you cannot easily convert someone to a new religion, you are unliked to convince an Apple devotee that Google provides something better.

The competition, though, is good for us.  It will force each company to keep improving their products.