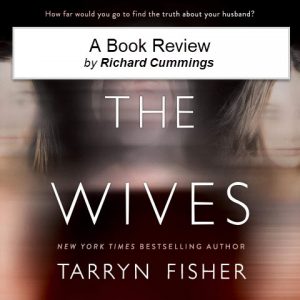 In this book review of The Wives by Tarryn Fisher, I’ll tell you three things: Why you’ll like it, why it will annoy you, and why it may surprise you.

First, let me confess a disservice I’ve done to Tarryn Fisher, the author of The Wives. I typically do not read books of a similar genre consecutively. I find this unfair to the second undertaking. It’s as if you’ve just scratched an itch that you’ve had for a long time… the second scratch will will never feel as good as the first.

My exact disservice? I am embarked on Tarryn Fisher’s The Wives immediately after reading a book called The Other Mrs. (read my review of The Other Mrs here).

Not only are these books of a similar genre, they each employ a creative tactic that I dislike, a tactic that allows an easy narrative out for the author. More on that later…it’s one of the things that annoyed me.

Excluding my reading out of turn and distaste for some creative liberties, The Wives by Tarryn Fisher is a book you’ll probably enjoy.

The Amazon page for the book says this:

Will you get whiplash reading The Wives?

Perhaps. Let me tell you why.

A Summary of The Wives by Tarryn Fisher

The book opens as a woman is preparing for an evening with her man. The day is Thursday and her name is Thursday. 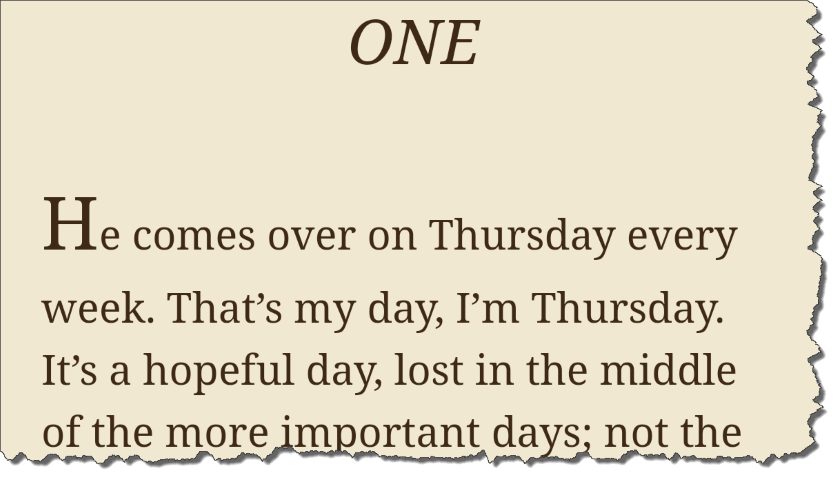 In the opening chapter we are giving hints, little preludes of what’s to come. Our character Thursday only has Thursday to be with her man. And she’s unsure of what the other days entail:

What kind of woman has no idea what her man does on six other days of the week? And why is she personifying days? Days can’t wonder.

Thursday continues preparing for the arrival of her man, putting out a bouquet of the palest pink roses:

I had to cut that page image off there because the next two words may not be suitable for all audiences.

She has to — she has to be better than the other days. Because, just as she has Thursday, other women occupy other days.

Thursday is the wife of one man with several other wives. They are ostensibly living a polygamous life in which the women know of each other but don’t know each other.

Conclusion: The Wives by Tarryn Fisher – Worth It?

I’ve given you an indication of why I enjoyed this book: couple an author who writes sexy, with a lead character who is sexy, and put her in a competitive, polygamous situation. Well, I’d say we’ve got ourselves a great start!

And the book continues to shine as the main character, overwhelmed by curiosity and competitive instinct, seeks out the other wives: Who are they? What are they like? Who’s the prettiest?

This doesn’t entirely rob The Wives of surprises.

The book will keep you turning pages or swiping your Kindle until the very end.

Will it give you whiplash? Maybe, maybe not.

But it’s definitely worth it.

Read more reviews of The Wives on Amazon. 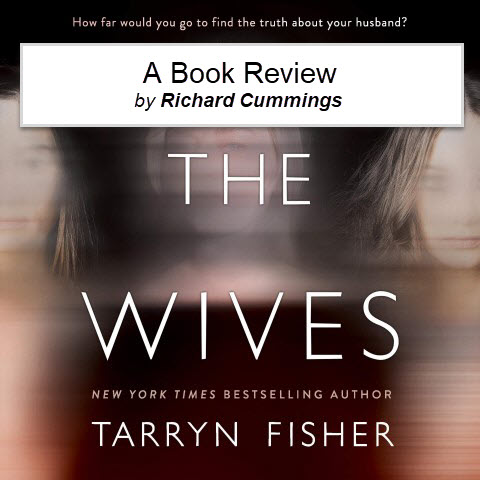 In this book review of The Wives by Tarryn Fisher, I’ll tell you three things: Why you’ll like it, why it will annoy you, and why it may surprise you.