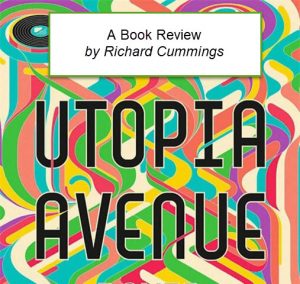 Utopia Avenue by David Mitchell is not the typical formulaic novel you’ll find on the bestseller lists these days, but does its uniqueness make it worth your time? Read on to find out.

Why did I choose to read Utopia Avenue in the first place? Well, after just consuming The Other Mrs by Mary Kubica and The Wives by Tarryn Fisher, my diet begged for some variety.

With half of its title offering a promise of Utopia — a world of perfection — how could I go wrong?

And the Amazon page for the book offered further glowing reviews:

One other reviewer hailed Utopia Avenue as “the long-awaited new novel from the bestselling, prize-winning author of Cloud Atlas…”. I remember having wanted to read Cloud Atlas a while back but I’m unsure if that was only because the title was similar to Atlas Shrugged, one of my favorite books.

Utopia Avenue is really the story of four people, who make up a musical group — called Utopia Avenue — embarking on the long road to fame.

The band, and the story, begins in England with Dean, a down-on-his-luck bassist who is scammed out of the money he borrowed to pay his rent. We are then introduced to Elf, a folk singer with a bad habit of choosing the wrong man. Then we have Jasper and Griff, the former a sublime guitarist with sanity issues and the later a drummer who put a beat behind the brilliance of the others.

The eclectic mix of this band of four produces a musical variety that the industry has a difficult time classifying. But, like Fleetwood Mac, their gender and geographical diversity eventually finds a steady and growing audience, offering with it unforeseen success and the challenges of abundance.

Unfortunately, an unduly large portion of this book was dedicated to the sanity issues faced by the Dutch guitarist Jasper. When Jasper hears Knock-Knock (which happens well over 100 times), his sanity issues are going to be front and center. And for readers, this means page after endless page of psychological drama — you may be left wondering if you’re reading a case-study of a psychological breakdown.

When we are not on this voluminous detour of Jasper’s psychological state, we get the rock-n-roll lifestyle debauchery that was perhaps expected: unwanted pregnancies, threesomes, drug-overdoses, and untimely passings — the literary version of VH1’s Behind the Music.

You know how, with some books, you can’t wait when time allows you to get back to the book because it’s so good?

In reading this book, I felt like I was reading a student of Jonathan Franzen who hasn’t quite tackled all of the material that the teacher has to offer.

I didn’t not enjoy Utopia Avenue but I wouldn’t recommend you move it to the top of your reading list.

But 227 people on Amazon, where it has received an average of 4 ½ stars, may beg to differ. Read more reviews here. 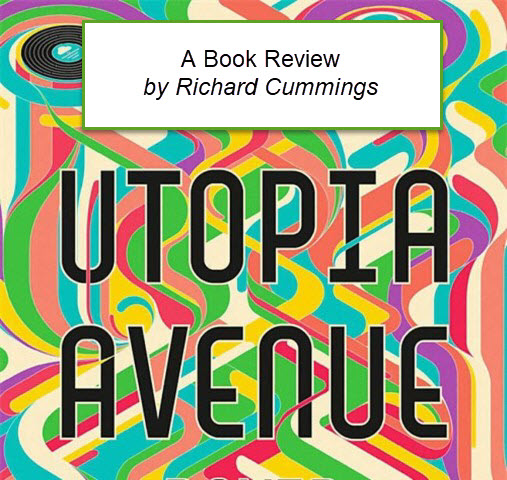 Utopia Avenue by David Mitchell is not the typical formulaic novel you'll find on the bestseller lists these days, but does its uniqueness make it worth your time? Read on to find out.