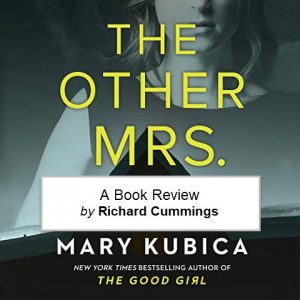 In this review of The Other Mrs. by Mary Kubica, I’ll tell you why this book may leave you feeling either deceived, scared, or intrigued. Or perhaps all three…

I chose to read The Other Mrs because it kept popping up in my Amazon recommendations list. You know the one. Where it says “Customers who read this book also read”. It looks like this:

In the last few years, three of my favorite authors have been Liane Moriarty, Shari lapena, and JP Delaney. The most unexpected triumph among all these authors was The Girl Before by JP Delaney.

The thrillers from these women are born out of normality. A single or married woman is living her life and them — BAM — something (a husband cheating, a weird accident, a totally shocking circumstance) shatters the dream.

My enjoyment of these authors led Amazon to believe that I would also be a fan of The Other Mrs. by Mary Kubica.

Were they right or have I been slightly deceived by the Amazon algorithm?

A Summary of The Other Mrs. by Mary Kubica

The book begins domestically enough, on a suburban Maine island where a young family has just moved from Chicago. The wife and mother of young children, Sadie, is not feeling at ease with the new house that the family has inherited nor their move from Chicago. 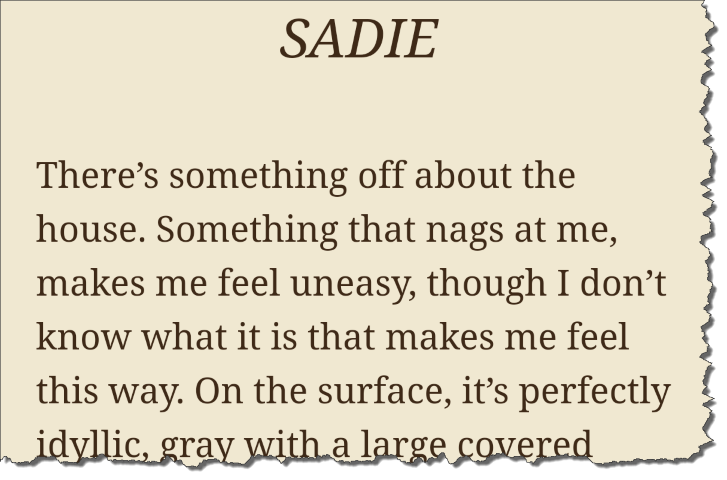 We learn that the family has moved to the supposedly idyllic Maine Island to “start over”.   Starting over nearly always implies that something ended poorly.

And, in this case, it’s worse. They’re starting over not only because things went awry in Chicago but because they are enabled by another poor ending — the death of Sadie’s husband’s sister, who has donated the Maine house to them, a house where she recently hung herself and where her Goth daughter still resides.

That’s a lot to handle, huh? And that’s just the beginning. To see where it ends, you’ll have to read the book.

The Other Mrs. by Mary Kubica Review: Is it worth a read?

I began this book review of The Other Mrs. by Mary Kubica by telling you that the book may leave you feeling deceived, scared, or intrigued…or perhaps all three.

I’m going to tell you why I was a victim of all three of these reactions.

I was deceived because the book plays a trick on you. It’s a creative ploy that you have seen used in movies such as Fight Club, Inception, and, worst of all, Lost. For me, I don’t find it creative; I find it a cop-out, a method to justify anything written. But that’s just me — not everyone will feel deceived by this book…it could just be a personal hang up.

The Other Mrs does have an element of psychological terror which may scare you or at least bring a level of discomfort that does not make it enjoyable night time reading. This was the case for me. I do like to spend a bit of time reading before sleeping and the ideas absorbed in this book are not those with which you want to begin a good night sleep.

Finally, intrigue. The very reasons that I felt deceived others may find very intriguing. The Other Mrs. by Mary Kubica is definitely full of twists that mislead, surprise, and…intrigue.

In the end, The Other Mrs. by Mary Kubica did not bring it like the other books that put this one in my recommendations list, but it brought enough to make it a worthy read.

Read more review of The Other Mrs here. 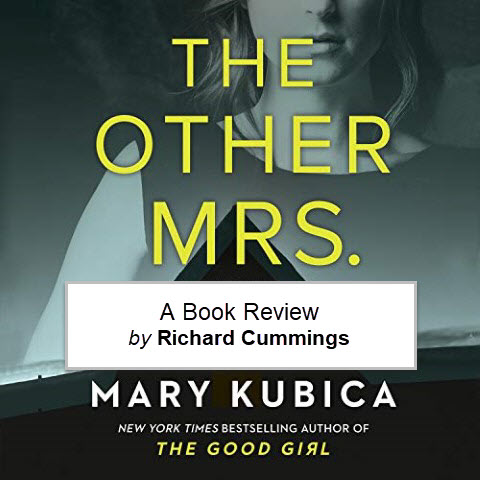 In this review of The Other Mrs. by Mary Kubica, I'll tell you why this book may leave you feeling either deceived, scared, or intrigued. Or perhaps all three...