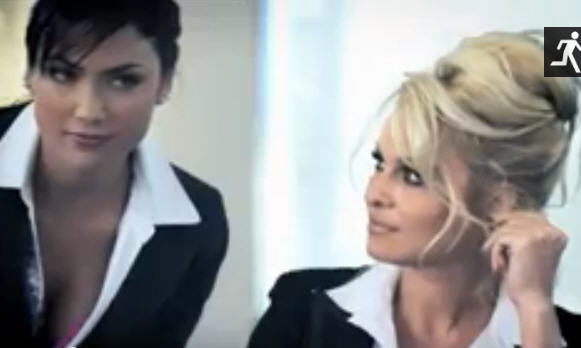 Many countries have banned Pam Anderson’s new commercial for Australia’s Dreamscape Networks and their Crazy Domains web hosting service. Below, we will show you the commercial and discuss whether it should be banned.

Should This Commercial Be Banned?

When I first heard about this issue, I, like many of you, rushed to actually view the commercial to see what all of the fuss was about…and to see Pam Anderson, who seems to have disappeared from the radar a little bit.

The commercial was not at all what I was expecting given the outrage expressed by many. According to many reports about this commercial, you had a man spraying cream all over Pam Anderson’s face. The implications of this scenario would be obvious and I was somewhat understanding of why people would want it banned.

Then I saw the commercial.

Are you kidding me? Are people that tightly wound-up that this commercial must be banned?

In the ad, who is in charge? The woman. Who is the underling, the subordinate? The man.

So, for all women who claim that this commercial degrades women, let’s remember that the heavy in the room is the woman. She’s the boss as they say.

What’s left? She’s sexy! There are many, many women who like to be sexy in the work place. You think those form-fitting skirts are for comfort? Women, and men for that matter, all use their looks in the workplace.

Finally, we have the man fantasizing about the woman in the workplace. When did fantasizing go from flattery to degradation? 90% of men have had mild to intense fantasies about attractive women in their workplace. It’s just human nature. And the other 10%? Well, you know the statistics.

So, everybody, just relax. There is nothing in this commercial that implies that the woman in charge is stupid. She’s the boss and she’s sexy. That’s it.