If you think the life of a serial killer or author/ladies man are all peaches and cream, as you might if you are a fan of Dexter or Californication, you have not yet caught the season finales of each.

Europeans often criticize American television and film because everything has a happy ending.  They would be very pleased with the finales of Dexter and Californication.  I was not pleased.  I was just depressed. 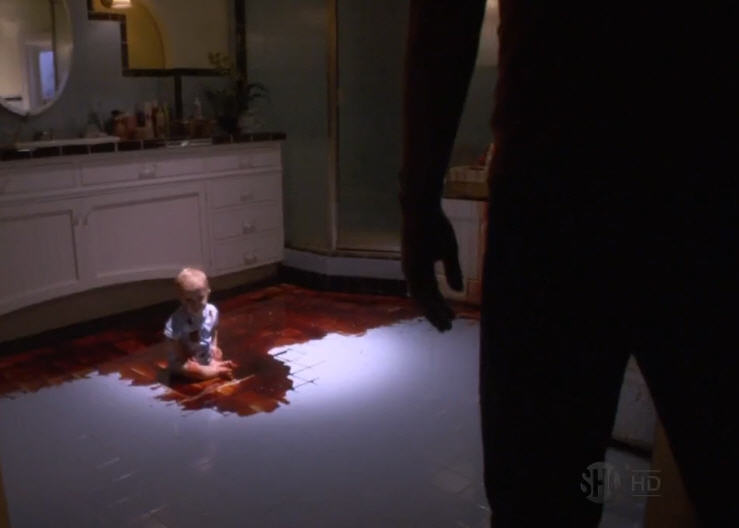 I am an accidental Dexter fan.  Of course, I had heard of Dexter but never tuned in thinking, “Who wants to see a show about a serial killer?”  Not I.

Then, one night as I was waiting for a boxing match to start, I tuned into to Dexter to see what all the fuss was about.  I was immediately hooked.

True, Dexter is a serial killer but he only kills bad people.  He kills people who kill people and this is a good thing, right?

This season Dexter sought to improve himself and become a true family man.  But how does a serial killer learn how to become a family man?  He learns from other killers who are purported good family men.  And, in Season Four of Dexter, that fellow serial killer/family man, was played brilliantly by John Lithgow.

Unfortunately, as serial killer/role models go, John Lithgow’s character, The Trinity Killer, was not a great father and family man behind closed doors.  And, since Dexter has to live by the code–killing people who kill people, he had to kill the Trinity Killer, which he did.

However, the Trinity Killer apparently had the last laugh.  As Showtime duped us into thinking that all was right in Dexter’s world, he comes home from his final rituals with the Trinity Killer to find his wife dead in a bathtub and his young baby sitting in a pool of blood.

I watched this on Monday morning, a downright depressing way to start the week. 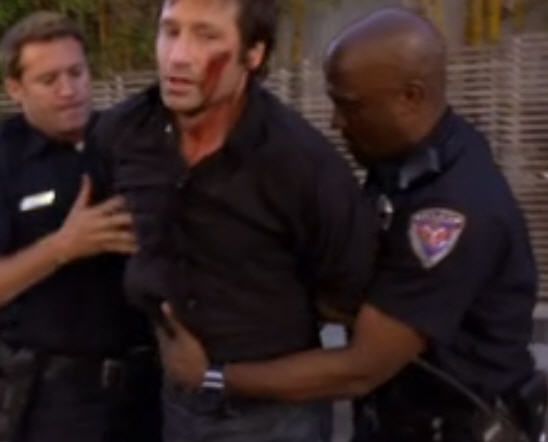 Then, I watched the season finale of Californication.  People probably don’t give much thought to the title, but if we take it apart, it literally means fornicating in California and our main character Hank Moody never seems to disappoint in this arena.

In fact, I think this season should be labeled Too Much Californication and not enough substance.  Don’t get me wrong.  I don’t dislike Hank’s meandering ways (you must watch episode 8 entitled “The Apartment” for a classic episode) but you must couple that with some deep thoughts.  Otherwise, it’s just an adult movie with people wearing too many clothes.

But the season finale of Californication was a return to substance, a pleasant mix of seduction and sensitivities.  Plus, Madeline Zima returns as Mia and her character always makes the show worth watching.

If you have never seen Californication, begin with the Pilot episode here to be introduced to both Mia and Hank Moody.  Their saga begins in the Pilot episode of season 1 and culminates here, in the season 3 finale.

Essentially, Hank unknowingly beds an underage girl, Mia, and then writes a book about it called “F**king and Punching” (Mia was fond of both), which Mia then steals by blackmailing Hank.  While Mia is made famous from the book, Hank has to keep the whole ordeal a secret else risk being arrested for bedding an underage girl and incurring the wrath of his child and the mother of his child (who at the time happened to be engaged to Mia’s father).

In this Season 3 finale of Californication, all is revealed.  And Hank ends up being carted off to jail in a bloody pulp.

I am not saying it was a bad episode.  In fact, it was great.  It just left me…depressed.

What’s next?  The downfall of Tiger Woods…