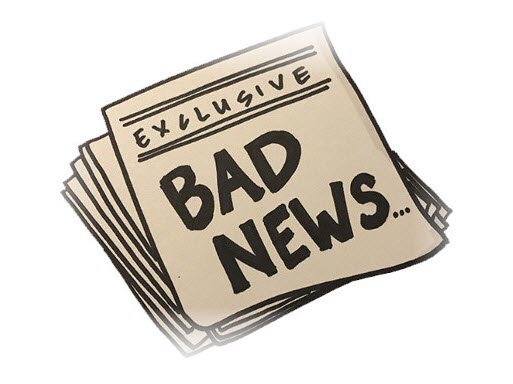 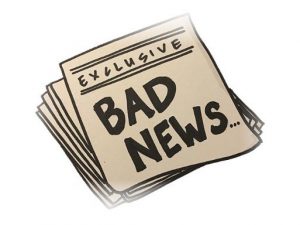 Is all the news bad and is it simply time to stop watching bad news?

Let’s have a look at my recent viewing of news. I was not seeking bad news. In fact, I prefer good news. But here’s what I got.

Is It All bad news? Let’s Investigate…

Last night, the news reported that someone was plotting to kill Barack Obama after mass murdering more than a hundred black people and beheading some of them.

Also last night, the news also reported that the stock market lost another 2.42 % points.  Many retired people, who saved their whole lives for this moment, and trusted in our secure, sacred financial institutions, have nearly lost their whole nest egg and may have to go back to work.

What’s going on? Is the world is going to hell and a hand-basket?  (Where did that expression come from?  I don’t like it.  It’s so cliché and it doesn’t make sense).

What else did I do last night? I read an article called The Twilight of Free-Market Ideology by the Naked Economist.  He speculates that the entire enterprise that we call the free-market may now be exposed as a hoax, founded on lies and false premises:  “This is the beginning of the end for the free-market…”

I didn’t understand this problem when I was in sixth grade because I didn’t watch the news.  Now, I think I need to heed this same advice.

Is Bad News Must Watch TV?

But some news is so ridiculously warped and I might miss it if I don’t watch the news.

Late last week, a German man was appealing a murder conviction.  Here is what happened:  This particular German man, presumably hungry, put out a personal ad for “slaughter and consumption”.  Yes, you heard that right.  He put an ad in the newspaper seeking someone who was willing to be slaughtered (killed) and then consumed (eaten).  And, yes, someone responded.  This someone was then slaughtered and consumed.  The German man was appealing his conviction because he claimed it was a mercy slaughter and consumption.  His appeal was denied.

And you think that the downturn in the economy has no great consequences?  Perhaps the man was simply hungry because he couldn’t afford food.  As such, he put out a personal ad to get food.  We might say he was being an entrepreneur of sorts.