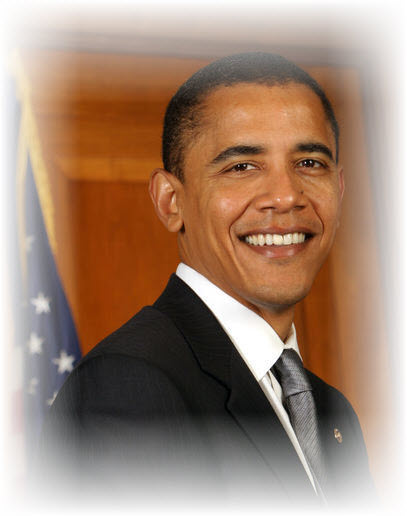 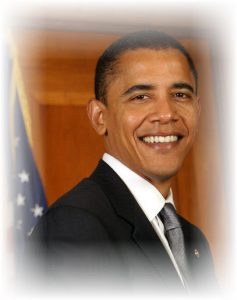 I wrote this article back in June of 2008 prior to the upcoming elections [look how young Barack looks in the photo!].

I was a big Barack Obama fan (read The 2008 Presidential Election: For Whom I Voted and Why?) but I was concerned that America would be reluctant to elect a black president.

In retrospect, I am happy to report I was wrong. However, many have suggested that it was the 8 years of Barack Obama that so incensed the other side which led to the instructive election of Donald Trump. Sadly, I think that may be right.

Below is the text of my article from 2008: Will America vote for a black president?

As Barack Obama has earned the Democratic nomination, we have to ask the question:

Will America vote for a black president?

I hope that the answer is yes.

Read the story of Jim and then place comments below.  What America do we live in?  When the votes are tallied, will we discover that the polls were wrong?  Did people say they would vote for Barack Obama, a black man, and then change their mind at the last minute when hidden in the voting booth?  If so, how many Jim’s are out there and how big of an impact will they have on the election?

The Story of Jim

I’m concerned about Jim on November 4, 2008, the day America votes. Jim works at Starbucks as a manager. Jim normally doesn’t get too involved in politics, but this year it is different. Jim has been very dissatisfied with the way things have gone in America over the last several years. This, coupled with the fervent passion of the young people working around him, has gotten Jim re-involved and re-invigorated. For the last several months, he has not only decided to vote for Barack Obama, he has actively promoted him. Jim truly believes that Barack represents change, a change we can believe in.

Jim has lived in Columbus, Ohio for the last 28 years, but grew up in Birmingham, Alabama his first 17 years. There, in the years between 1963 and 1980, Jim saw his share of racism firsthand: He witnessed his families adverse reaction to the new desegregation laws. He was young then but remembers much violence in the streets. As he grew up and attended high-school, he witnessed an intense separation between the white and black communities. He remembers one good friend in high school always saying to him, “Jim, there are black people and there are n*******…” This didn’t feel right to Jim, but he never said anything. He just wanted to get out of Birmingham.

Jim remembers fondly the day he received his acceptance letter to Ohio State University. They not only accepted him; they gave him a partial scholarship based on test scores and academic achievements in high school. He would be the first one attending college in his family.

After graduating with honors in marketing and marrying his college sweetheart, Jim entered the job market filled with the idea of the American dream. He was achieving it. In 1990, Jim and his wife had their first of four children and Jim got a job as a marketing manager at a new corporation named Starbucks. Years later, Jim was placed in charge of Ohio operations where he oversees all of the stores in the territory.

But Jim has changed his mind in the last 3 years. He does not support the war in Iraq and he believes that America is heading down the wrong path. For the first time in many years, Jim has gotten politically involved and it has felt good.

Several months ago, he overheard many of his younger employees at Starbucks talking about Barack Obama. He had seen a snippet or two of Barack Obama on the news but he did not know much about him. Like he has done with all of his endeavors, Jim researched. He visited Barack Obama’s website and realized he shared many of Barack’s views in spite of the fact that Barack was a Democrat.

He felt the infectious energy of those around him at work and began to feverishly support Barack for President. Each morning around the water cooler, they were sharing stories of Barack: Did you see him in the debate last night??? I just watched Barack speech on race! Hillary doesn’t have a chance!

Jim’s friends outside of work did not share his enthusiasms. They were life-long conservatives who would never venture out of the fold. They were saying things like: Jim, didn’t you know that Barack went to a Muslim school? Do you know what his middle name is? He’s going to bleed us dry as a country, Jim.

Jim proudly had a rebuttal for everything. Sometimes you know when you’re right. You feel it. And Jim felt it. These guys are wrong; I am right.

On November 4th, 2008, there was an aura in the office. Election Day. Employees were allowed to leave the office for one hour to go vote. Usually, people take that first hour to vote and then they can be late for work. Today was different. Most folks came in early to talk more about the election, to feel the energy on the big day. Jim was right there with them.

Jim rode with three of his co-workers, all Barack supporters, to their polling place headquarters, where they would all cast their vote for president. They had CNN pollsters outside trying to gauge the results. They asked Jim quickly, “Who will you cast your vote for?” “Barack,” he said proudly, “Barack.”

Jim waited in line for an inordinate amount of time to get his ballot. During this time, he began thinking; he looked pensive and fraught.

Finally, he received his ballot. He looked down.