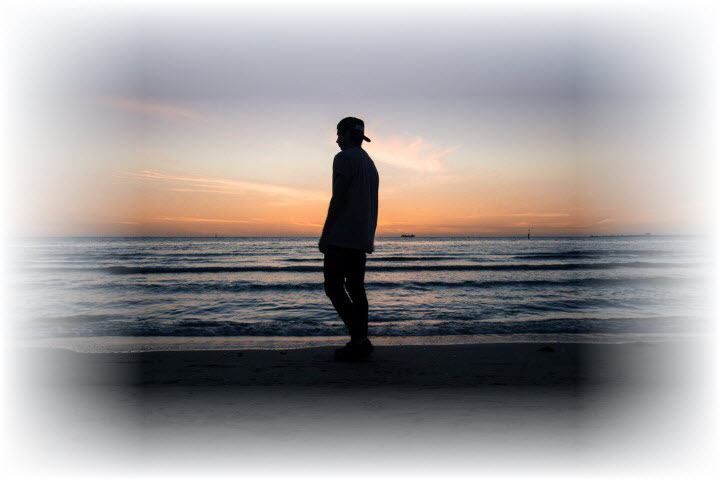 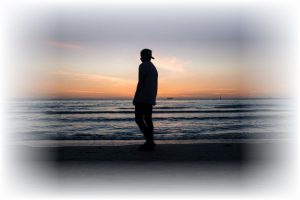 This is an essay I wrote way back in 1992. I keep it hear on A Rich Idea for those who may want to let some words of reflection trickle across their being.

The day is done and the darkness falls from the wings of night as a feather wafted downward from an eagle in flight.  Yep, it’s true.  Another day ended.  Revelations didn’t present themselves as readily as tabloid TV showcases adulterous activities, but there are always miracles to be found, shooting stars only noticed by those curious enough to look.

Sally Jesse Rapheal’s daughter died yesterday to compound her misery which accrued from a son just getting struck by an automobile.  Her life is now as tragic as many of those who appear on her show.

Refugees from Haiti are being returned to their homeland by the United States; there they face possible death at the hands of the new government.

One person out there today laughed.  One cried.  Many responded “I know” with a condescending tone, or was it an ironic intonation.  Probably both.  People said “I love you” to each other.  Others thought it and did not say it.  And still others fumed with disgust over a world which they think treats them unfairly.

Many today found out they have the AIDS virus.  Still more died from it.  Many starved to death today yet many also ate steak dinners and worried that too much cholesterol would kill them.  So, if you eat, or if you don’t, it’s a risk.

Some kids out there said “Mommy” for the first time.  And the mommies glowed with reproductive radiance.  Some children learned how to ride a bike today while their fathers ran beside them pretending they were holding on.  I wish I would have seen it.  A boy named Sammy hugged his mom.  And a newlywed couple gave birth to their first daughter Carol.

Many twenty-something people became first home buyers today because of the interest rate reduction.  Many girls lost their virginity today.  For some, it was a joyous experience and it pained others, physically and emotionally.  Either way it will be remembered.

Many blue collar people got fired today and lost all will to live.  For others it was a new awakening, a realization that they were going to do something better with their lives.  Others sulked momentarily realizing that self-improvement takes more than hope, it takes work.

Some people won a lottery today.  Other lottery winners today realized that their simpler life was easier and disconcertingly found out their friends are not true friends.

One friend today said to another, “I’ll be there for you whenever you need me” which meant the world to the recipient.

One salesman today quit his job when he realized that he always lied to his customers.  It came like a lightening bolt out of the sky, his ignobility, and he resolved to be a part of it no longer.

A few people today opened new businesses, contributing there life savings to a venture which will probably fail.  If it happens, most of these people will rebound, some won’t.  One of those people will make a mint of money and achieve the highest personal fulfillment from the actualization of a dream.  He/she will serve as a motivator for many entrepreneurs of the future.

The most important events of the day occurred everywhere.  The sunrise and sunset signifying the beginning and end and God’s beauty.  Many argued the semantics of who God was and what he really wanted from his people.

God probably smiled down on the women and men who silently fed the hungry, clothed the naked, and sheltered the homeless.

They are the true heroes and exemplifiers of God’s ideals.  Soldiers of love who selflessly gave the greatest gift of all to others:  the gift of themselves.