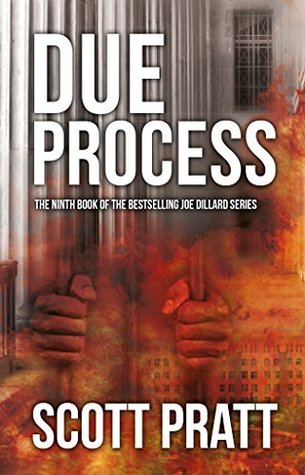 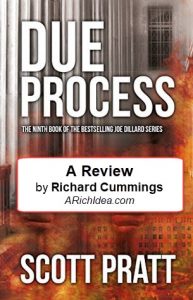 I generally avoid series books with a recurring protagonist and, in this review of Due Process by Scott Pratt, we’ll see if this avoidance is justified.

Why do I avoid series books?

I suppose I tend to see series books like endless movie sequels — products of lazy minds who want to earn big money with audience familiarity.

But after reading and reviewing Oona Out of Order, I was ready for some conventionality when up popped an advertisement on the home screen of my Kindle for Scott Pratt’s Due Process book.

I’m a sucker for great legal thrillers and, apparently, manipulative online advertising. So, I headed over to the Amazon page for Due Process and read the following:

In the ninth installment of the best-selling Joe Dillard series, Dillard finds himself defending one of the players accused of assaulting the young woman.

9th installment? Holy cow, this author Scott Pratt is riding this Joe Dillard character for all he’s worth, which is apparently quite a bit — this book has 4 ½ stars by over 2000 people.

Even with the fervor of the built-in sequel audience, that’s some respectable data. I’m in — let’s see what this Joe Dillard book has to offer.

A Summary of Due Process by Scott Pratt

If you’ve read my other book reviews, you know I don’t give away much in my summary of a book — you’ve got to read it. I try never to reveal more than one would find on the Amazon book page.

Which, by the way, begins:

This led me to believe that the book was going to go down the rabbit hole of the #metoo movement. I had just completed the Netflix Jeffrey Epstein special and I wasn’t so inclined to continue along a similar theme.

The book turns out to be much more than a cliche’d-battle of he said, she said.

Joe Dillard, our lawyer protagonist, had vowed never to believe or defend a he-said because he lacked objectivity — his own sister had been raped. But what she-said didn’t seem credible and he was black, and this was the South, and Joe smelled injustice.

So Joe rose above his circumstances to defend him, and entered into a case that was less about assault and more about the tragic racism that still plagues society today.

I like to always end a book review by informing the reader whether they would enjoy the book or not.

We are a society that is predisposed to rating and stars, but sometimes a simple question is better: Is Due Process by Scott Pratt worth reading?

My answer to that question is yes. Perhaps not a resounding yes, but a yes nonetheless, a definite yes…in spite of the fact that this is “the ninth installment of the best-selling Joe Dillard series.”

And you know what? If I’m ever at a loss for what book to read next, I might pick up another of the Joe Dillard series by Scott Pratt. 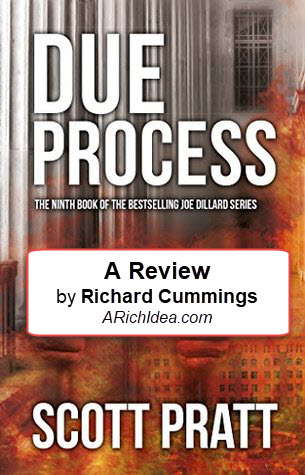 I generally avoid series books with a recurring protagonist and, in this review of Due Process by Scott Pratt, we'll see if this avoidance is justified. A reading of the description suggests that this book may closely resemble timely #metoo scenarios. However, it becomes much more than the "he said, she said" cliche to which we have all become accustomed. Due Process evolves into a story less about an assault and more about the tragic racism that still plagues society today. So, is Due Process by Scott Pratt worth reading? My answer to that question is yes.