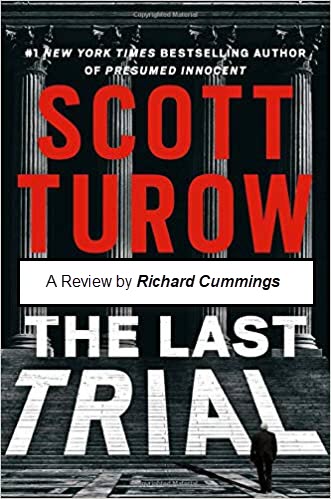 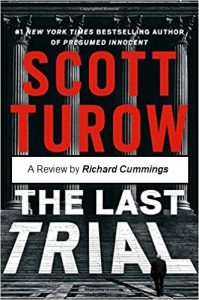 When I saw that Scott Turow had released a new book entitled The Last Trial, I felt like an old friend was coming to town and I looked forward to their arrival with pleasant anticipation.

I’m grateful to Scott Turow every time he writes a book — they arrive too infrequently and pass too quickly.

It all began back in 1987 with Presumed Innocent, a legal thriller with just the right proportion of character development, plot intrigue, and great writing. I was equally absorbed by his follow-up The Burden of Proof and then found myself looking forward to each new release by Scott Turow.

My only complaint about Scott Turow would be his output which, according to his Wikipedia page, seems to be about every 3 years. 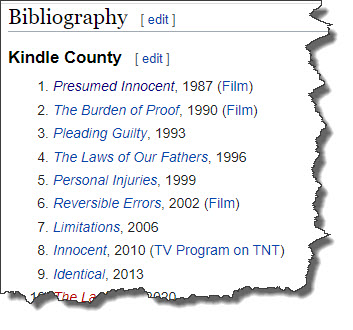 As mentioned in my review of Camino Winds by John Grisham, I usually steer clear of sequel books — they tend to lack ingenuity and are simply capitalizing on familiarity.

I let go of this sentiment when it comes to Scott Turow.

This book is about the last trial of a lawyer — Alejandro (Sandy) Stern — that you’ve come to know and love if you have read Scott Turow’s previous works. It begins with “The End”. 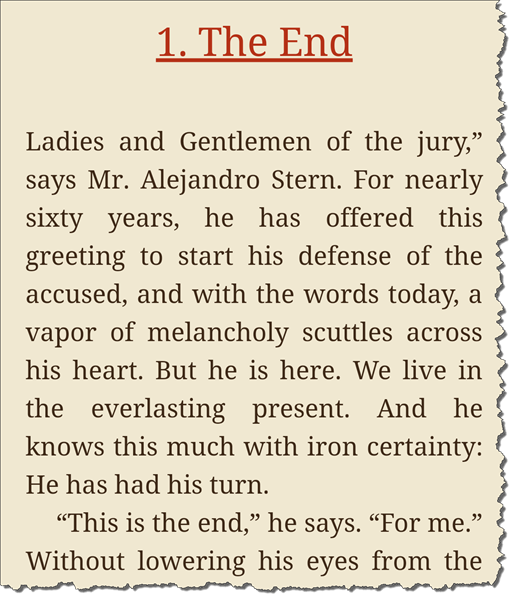 I have a picture in my head of the character of Sandy Stern from Presumed Innocent the movie, a terrific film starring Harrison Ford and Raul Julia, who plays Sandy. 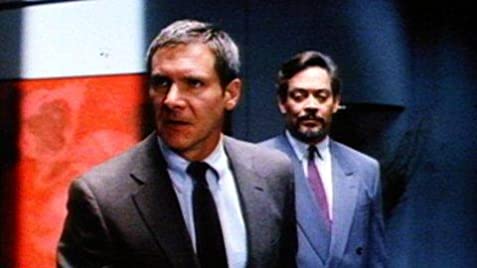 In the last trial of Sandy Stern, he is defending a long time friend and Nobel prize-winning doctor and researcher, Dr. Kiril Pafko. These two friends share a long history as well as Argentine roots.

However, as facts emerge during the trial of Dr. Kiril Pafko, Sandy is forced to question everything that he knew about this man: Did he really deserve the Nobel Prize? Was he in fact a bad father and even worse as a husband? And, most importantly, is he even innocent?

The Last Trial By Scott Turow: Worth the Read?

You may be able to discern that perhaps I lack objectivity when it comes to the new novels of Scott Turow.

But, like a famous comedian who gets about 10 minutes of time on credit, you still have to produce worthy material.

And the last trial by Scott turow is worthy material.

Like with all of Scott Turow books, I enjoyed the character development, the intriguing plot, and the writing.

An old friend came to town and what a visit we had! I can’t wait to see him again.

When I saw that Scott Turow had released a new book entitled The Last Trial, I felt like an old friend was coming to town and I looked forward to their arrival with pleasant anticipation.