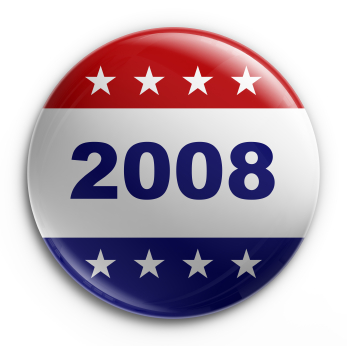 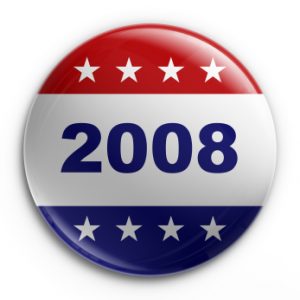 Every four years, I write about a For Whom I Voted and Why piece. This is the essay I wrote for the 2008 Presidential Election.

I usually never discuss who I vote for.  There is a reason for that:  As a Republican-leaning independent, I would normally vote Republican.  Having lived in San Francisco for many years, you could not have a rational discussion with anyone if you voted Republican-they are all Democrats or Green Party.  And San Franciscans, though open-minded about a lot of things, are not politically open-minded.

I am only talking about how I voted this year because this election is so important.  In the beginning, I liked both candidates.  In the end, I voted for Barack Obama.  Here is the reason why:

I have traveled significantly in the past few years and talked to many people about how they view the United States.  Their impression differs drastically from the pre-Iraq War days.

It’s disturbingly amazing when you think about how we turned the good-will of the world against in such a quick timeframe.

After 9/11, we had the goodwill of the whole world behind us.  True, most people were not great fans of George Bush, but they were great fans of America and felt our pain as we suffered this horrendous attack at the hands of terrorists.

Then, George Bush decided single-mindedly to attack Iraq without the full support of the UN.  This one action took the goodwill of the world and flushed it down the toilet.  Ever since, we have been disliked, if not despised, by the world community.

One of my favorite authors, Michel de Montaigne, talks about the great sin of presumption.  Our current administration presumes to know things that the world does not.  The world will be a better place if we forcibly implement democracy in the Middle East.  Great scholars know that true democracy can only come from within.  In a speech entitled Towards Greater Democracy in the Muslim World, our own State Department acknowledges that “the only way democracy can take root is if it is home-grown.”

I get very surprised that Americans do not get more upset about the war in Iraq.  There is one fact that is not in dispute, not in dispute at all.  You, and I, were lied to by our government about the reasons for going to war.  And because of this, thousands of your fellow countrymen, and Iraqi civilians, are dead.

Barack Obama was one of the few who saw the war for what it was:  a unilateral declaration of war with no support from other countries.

Think about this:  If Barack Obama would have been president in the last eight years, we would not have gone to war against Iraq, thousands of American lives would not have been lost, the world would not despise us, we probably would have gotten Osama Bin Laden because our efforts would have been focused on the true enemy, and our economy would have an extra One Trillion Dollars (the cost of war in Iraq) to pay for today’s economic meltdown, which would probably not even have happened because Barack would have had economic regulations in place.

When John McCain ran an ad featuring Barack Obama in Germany with massive crowds cheering him, the ad asked rhetorically: do we want a celebrity president?  In my head, I thought, ABSOLUTELY.

I want a president who is respected not only by America but by the world!