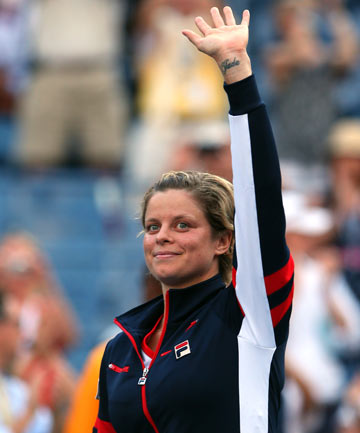 Kim Clijsters Retires From Tennis After Losing at U.S. Open

Kim Clijsters career ended last night at the U.S. Open, as she was defeated in a tough battle, losing two closely fought sets in tiebreakers.

It is perhaps appropriate that Kim Clijsters retires at the U.S. Open, which has been the scene of her greatest tennis achievements.

Many thought that her swan song may have her battling an emboldened Serena Williams but this was not to be on Arthur Ashe Stadium yesterday.

Many of us remember her young days in tennis, as she was dating Australian Leyton Hewitt, and her subsequent leave of tennis to begin a family. Then, she surprised us all with a quick comeback and another title at the U.S. Open.

Kim was a great gift to women’s tennis and will be missed for her ability and fierce competitive attitude on the courts.

Be well Kim, we will miss you!

Richard CummingsKim Clijsters Out Of The U.S. Open…And Tennis