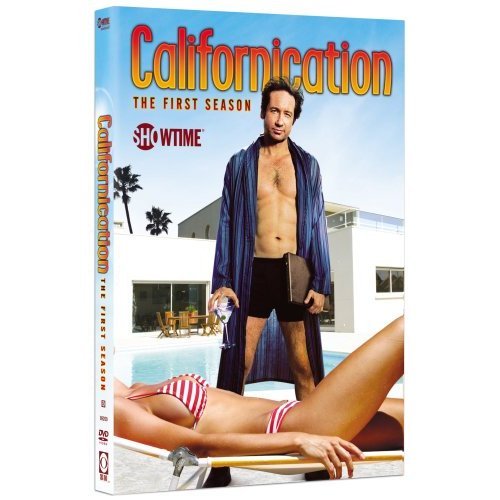 If you think HBO is the sole proprietor for outstanding, unique, irreverent, edgy material, you haven’t tuned into Californication on Showtime.

David Duchovny plays Hank Moody, a once-inspired writer who currently can’t find his voice.  His life, in shambles after the separation from the mother of his only child who he is still madly in love with, is an enjoyably tragic ride of too much and too many:  too many women and too much booze.

In a season one episode, Hank walks into an empty church one evening, looks up at the Jesus on the cross, and says, “Look, I know we haven’t talked in a while, and I have not been the best person, but my life is nowhere where it needs to be.  I am a writer who can’t write, without inspiration…”

“Can I help you with anything?” asks a voice which comes out of nowhere.  In turning his head, Hank realizes he has just been approached by a nun.

“Uh-no, I don’t want to trouble you.  I just was having a few words with…”

“What seems to be the problem?”, she asks.

“Well, things are not going well for me…”

Hank then awakes from this dream to his real life, where he finds this beautiful young “nun” between his knees relaxing him.

Hank fancies himself slightly above everyone else, especially the new boyfriend of his ex, a somewhat superficial California executive who could make a million dollars before he could find a woman’s g-spot.  The men are diametric opposites.

This makes Karen’s choice an interesting one.  Karen, played by Natascha McElhone is Hanks long time ex-girlfriend and mother of his child.  Karen radiates goodness and beauty, though she is not devoid of a naughty streak, which makes her pleasantness pleasingly unpredictable, as you will come to discover throughout the first season.

Hanks best friend, who is also his agent, is named Charlie, played by Evan Handler who just happened to be Charlotte’s boyfriend on Sex in the City.  Charlie and his wife encounter marital boredom and seek alternatives in the form of sexual experimentation.

I enjoy all the characters on the show, but my favorite may just be Mia, played by Madeline Zima.  In the first episode, Hank meets Mia at a bookstore where she is reading a copy of one his books.  She notices Hank as the author of the book in her hands and, clearly, she decides that she will have him in bed.  As she mounts him and nears the point of exaltation, she punches him in the face.  Hank responds as many a man would with a gorgeous women on top of him…he takes it in stride and continues the ride.

And she lives with Karen because she is the daughter of Karen’s boyfriend!

If you don’t subscribe to Showtime, make sure to get the first season of Californication on DVD.  But set aside six hours because, after the first episode, you won’t be able to stop watching.

Californication:  Other Notes and Links