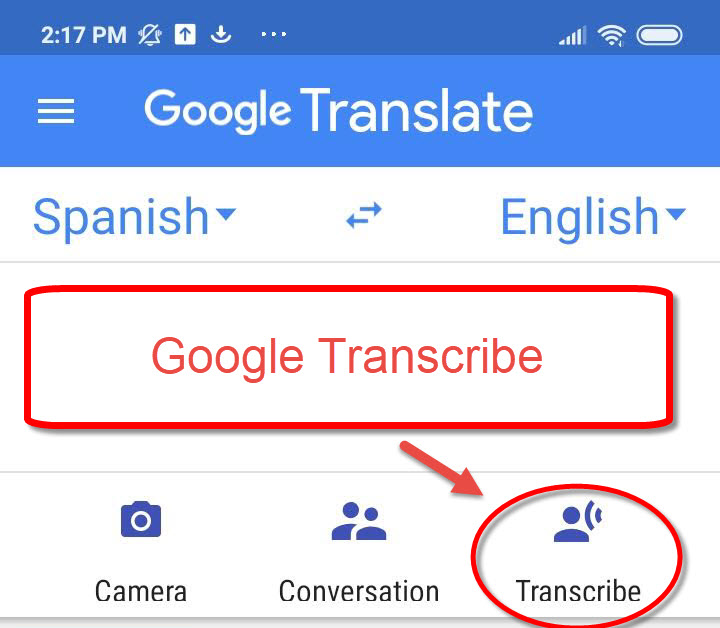 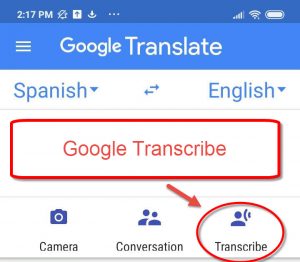 If you enjoy using Google Translate, you’re likely to be a fan of a cool new feature that was released called Google Transcribe.

Google Transcribe, a result of Google’s cloud speech-to-text recognition, was bundled with the Google Translate app recently in March of 2020.

Simply put, Google Transcribe does live speech-to-text [which is cool by itself] but it does transcriptions from one language to another instantaneously.

Google’s Product Manager Sami Iqram describes a common-use scenario for Google Transcribe on the product announcement page: He was at a party where a Grandma from the old country was telling an interesting story, but she was telling it in Spanish. He simply had to launch Google Translate, hit the Transcribe button, and he began seeing the story typed out on his phone in English.

Google Transcribe should not be confused with another excellent feature of Google Translate called Conversation. 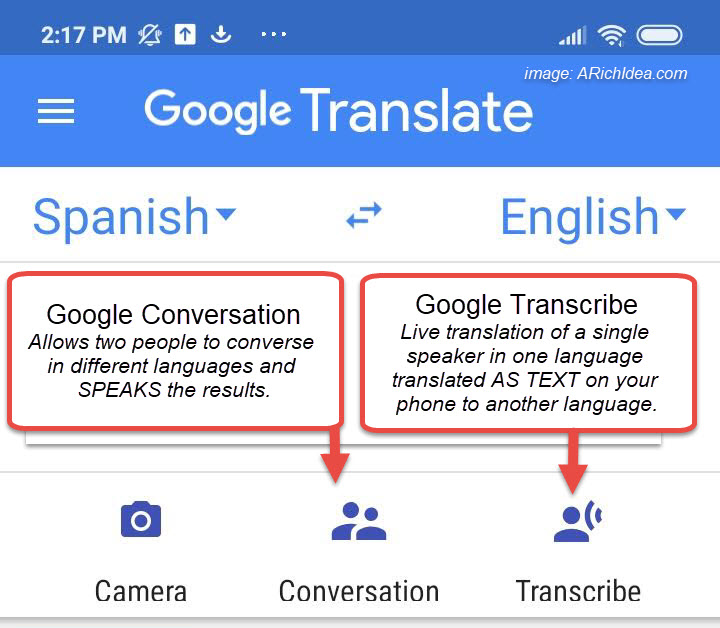 Google Conversation should be used, as the name implies, when two people are going back and forth… having a conversation.

Alternatively, Google Transcribe is to be used when someone is speaking in another language at length, like at a conference or in a monologue.

Let’s take a look at Google Transcribe live demonstrations to get an even better feel for what’s going on.

Sometimes, personal examples serve us best. As many of my frequent readers know, I am currently here in Medellin, Colombia and my girlfriend speaks no English.

So, what happens when I am telling a story to my friends in English? Well, before Google Transcribe, she would have to sit there and feign a bit of understanding and enjoyment. If you have ever been in a room where nobody speaks your language, you may be familiar with this awkward situation.

However, now she just needs to pull out her phone, launch the Google Translate app, and hit the transcribe button. And here’s what happens…

When I first saw this, I thought: That’s amazing — take a look at how it’s changing the translation based on the context of what I am saying.

Let’s have a look at another practical use of Google Transcribe.

It’s currently mid-April 2020 and the Coronavirus is spreading everyday. Since I’m in Colombia, I need to get the local news update but it’s all in Spanish. I learned to speak Spanish but, if I didn’t, I would need a quick way to translate Spanish news into English — enter Google Transcribe.

Watch what happens as I watch the first minute of this local Colombian broadcast in Spanish about Coronavirus and hit the Google Transcribe button on my phone (transcriptions starts at the 10 second mark of the YouTube video).

As you can see, the local Colombian broadcasters speak very fast but Google Transcribe does a good job of keeping up.

Additionally, Google Transcribe allows you to scroll up so you can read what has already been clearly translated in context rather than watch the translation in real time with many changes taking place [this may give you a headache fast].

There are so many potential uses for Google Transcribe.

Essentially, anytime that someone is speaking in another language, you can launch Google Transcribe and read a real time translation of what they’re saying.

Have a great day! Cheers, Richard