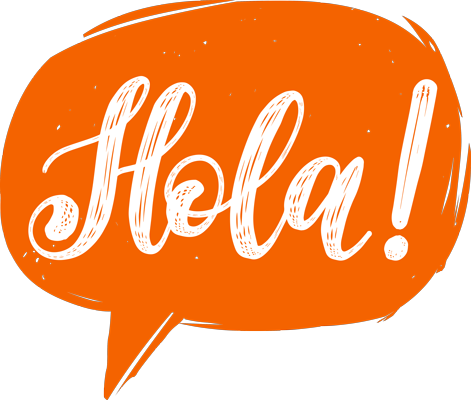 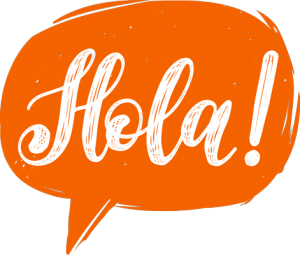 I am going to give you a simple explanation of Spanish Pronouns and when to use “La” vs “Le” vs “Lo” vs “Se”. In fact, it might be too simple so I will also give you resources that make it more complicated.

Spanish Pronouns: What Did She Just Say?

I don’t know if you know this but native Spanish speakers were born with a different respiratory system than you. They have the ability to speak for 30 minutes straight without taking a single breath. This is why it takes so long to learn Spanish. A sentence such as “Él se lo dice” does not come out as a sentence. It sounds like one word with 5 syllables when you say it like they do.

To understand such rapid speak, the first battle is to actually understand the Spanish pronouns. When someone says “Élselo” like it is one word, you first need to realize that it is not one word. There is no person or thing called “Elselo”. It’s three words and you have to figure to whom or what they refer. Who is el? Who is se? What is lo?

It’s a Pandora’s Box of minutia and you have to understand it.

After living in Uruguay for a little bit, I thought I had most of this down. But, one day, I realized I wasn’t sure when to use “Le” and when to use “La”. So, after hearing a sentence one day, I asked: “Why did you use ‘la’ in that sentence instead of ‘le’?” The response I got couldn’t have been more confusing. How would you describe to a foreigner when to use he versus him?

So, I hit the Internet for an explanation and felt like I was back in third grade grammar class with discussions of direct and indirect pronouns. I majored in English in college and I am not sure that I would be able to explain these. You just know it.

But, to understand Spanish pronouns and the proper use of “LaLeLoSe”, I had to open the Pandora’s Box of minutia and reacquaint myself with direct and indirect pronouns. So, here goes, and I am going to make this as simple as possible.

When do use “la” versus “le” when you are referring to her/she?

You use “La” when it is the direct object. Direct object means the object of the verb used. Example:

English: I brought her to the party.
Spanish: La llevé a la fiesta.

You use “Le” when she is the indirect object. Example:

In this case, the book is the direct object of the verb gave. What are you giving? The book. To whom are you giving it? To her–“Le”.

And if you are giving the book to a guy?

Well, in the first instance–when the guy is the direct object–we use “Lo” instead of “La” as follows:

English: I brought him to the party.
Spanish: Lo llevé a la fiesta.

However, when he is the indirect object, nothing changes. We use “le” for both the him and her:

So, where does “Se” fit into all of this?

Well, let us continue the example of the book. Let’s say that we already knew that we were talking about a book, el libro, a masculine object. So, instead of specifying the book, we are going to use “it” as in I gave it to him. Since el libro is masculine, the pronoun is the same as a guy: “Lo”.

The problem here is that in Spanish you do not use “Le” and “Lo” together. There is an historical story as to why this does not take place. Once upon a time, the Spanish King was married to a woman named Lelo. However, she did not love him back. She loved a peasant man and could not suppress this deep love. She acted on this love and the King found out. He then imprisoned the lovers for life and forbade the use of the phrase “Lelo” in the Spanish language.

Because of this (or did I make that story up?), we cannot use “Le” and “Lo” together in the Spanish language. We must change all “le’s” in this situation to “se’s”. Thus, the proper sentence is:

Now, notice that I am not even using the “I” in these sentences. If I did, it would be “Yo se lo di.”

Try to understand that when someone doesn’t pause between words!!!

Well, I tried to make it easy but if that did not work, here are some resources that you may find helpful: