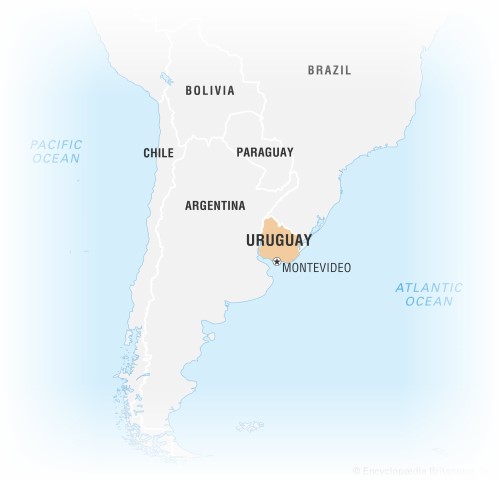 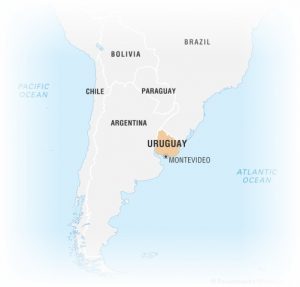 “Uruguay…why Uruguay?”  is the most asked question often accompanied by the confounded look of one trying to place Uruguay on their mental map.  But the question is the answer.

Because nobody seems to know much about Uruguay and I wanted to find out.  I began knowing one thing; I wanted to further my knowledge of Spanish by living (and perhaps working) in a Spanish speaking country.  Many people mentioned Costa Rica as a destination but then the question wouldn’t be the answer.  I’ve also played that hand having been there in my last work respite about 10 years ago.  So, I brought up Google Earth, twirled the world around (so cool!), and viewed the various Spanish speaking countries.

I focused in on South America as Spanish is the predominant language, save the Brazilian contrarians.  And I spotted Uruguay.  Prior to this event, I would have been one with the confused, confounded look.  I knew nothing about Uruguay other than assumptions I make about countries I know nothing about…and those assumptions usually don’t entice a visit.  However, I’m curious and tend to question my assumptions.  Here’s what I found:

Little violence, people of European descent, coastal, somewhat mellow, a well-educated lot, and they do not speak as much English there as other places.

Locating information on Uruguay was not without effort.  Googles of Uruguay yield little.  Google images of Uruguay yield even less.  However, the information is out there and the site I initially found most beneficial was Uruguay Living (2020 Note: It looks as though they have changed ownership).  The Uruguay Wikipedia page also provides good factual information.  In fact, they are the first listing in Google.

By creating this site, I thought I could add to the paucity of Uruguay information especially by adding many pictures and videos of Uruguay and its people.

In the movie Broadcast News, William Hurts characters is asked, “What do you do when your real life exceeds your dreams?”  His answer…”you keep it to yourself.”

In a similar vein, when I’m next asked “Why Uuruguay?”, perhaps I’ll just respond with a simple “why not?”.

That way this secret little gem in South America will remain just that!