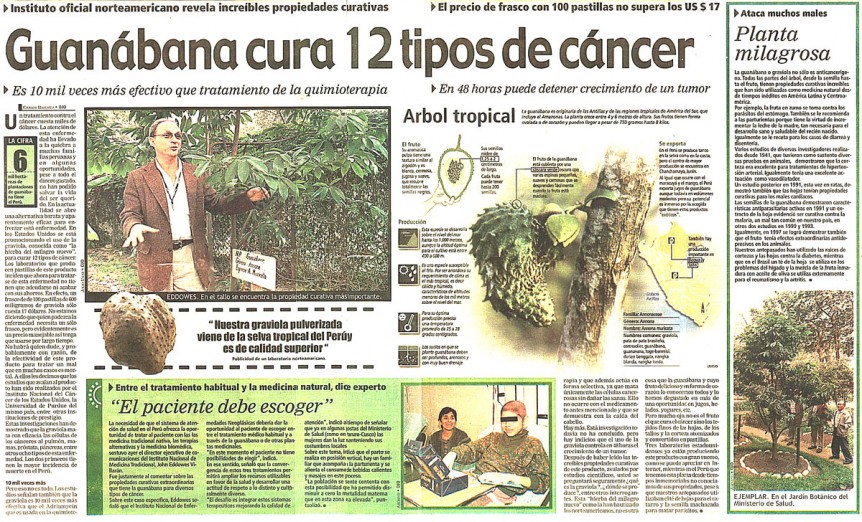 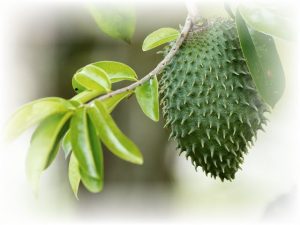 Soursop, known in South America as Guanábana, is an exotic fruit with many health benefits, including the ability to fight cancer. So why haven’t you heard of it?

For those that have read my site in the past, you know that I have lived in Uruguay and currently spend half of the year living in Medellin, Colombia, which is where I am right now. And, coincidentally, where is A LOT of this wonderful fruit called Guanábana here in Spanish and Soursop in English.

My First Exposure to Soursop/Guanábana

I just went down to the local Jamba Juice equivalent here called Cosechas, where I order something different every time. Today, I went for Fresa (their name for strawberries) and Guanábana, which apparently we in the states call Soursop.

While I was waiting for my order, I thought: What did I just order? What is Soursop/Guanábana?

The results of my research surprised me and led to the writing of this article.

Guanábana is a natural South American fruit with amazing health benefits, including the ability to fight cancer. And, the powers that be may just be hiding this from you. 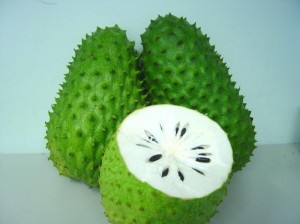 As I began my research of this tropical fruit, also called Graviola in Portugese, one article really stood out: Guanabana: the cancer killer big pharma doesn’t want you to know about.

This article struck me for two reasons: (1) There are some in my family with cancer and, if this can help them, I want them to know. And (2), the idea that big pharma would conceal something that could hinder profits is both obvious and criminal.

The bottom line is this: We need to get to the truth…

Does Soursop/Guanábana/Graviola Cure Cancer and Other Maladies?

You never know who to trust anymore and, when it comes to potential cancer cures, this irks me. Can’t people set aside personal agendas on an issue so important?

As someone who pursues investigative journalism, and relishes Obvious Conclusions, what I can do for you is gather up the research, present it to you, and tell you whether I think, based on all of the data, whether Soursop is beneficial to cancer patients and those with other maladies.

The real question to ask is: Would I take this myself if necessary?

As We Read More About Soursop…

…we learn a few valuable lessons. The unbiased facts about Soursop/Guanábana/Graviola can be found on this WikiPedia page.

The problem with these Encyclopedic style sources is that they simply present the positives and the negatives with no affirmation on either side.

However, we do learn 2 things that are of significant note:

So, what do we know now? Soursop, in larger doses, may cause Alzheimers but also that many cancer facilities have mentioned Soursop as a plausible means to kill cancer cells.

The research on Soursop, taken in large doses, causing Alzheimers seems fairly conclusive. Here are some quotes from various seemingly-reputable sources (all links to these resources can be found in the resources section below).

Eating the fruit could lead to movement disorders similar to Parkinson’s disease, according to a case-control study in the French West Indies. In addition, a study suggests tea made for the leaves and stems of graviola is associated with neurotoxicity.Cancer Center Treatments of America

One research study has shown that people in the Caribbean who had large amounts of graviola in their diet were more likely to develop particular nerve changes and were also more likely to have hallucinations.Cancer Research UK

…the high incidence of West Indians with Parkinson’s-type motor problems could be related to a high consumption of Graviola fruit.Collective Evolution

Obviously, Soursop In Large Amount Taken Over Time Is Not Good, But…

All of the research also suggests that Soursop/Guanábana/Graviola fights and fends off deadly cancer cells.

In the very same article cited above from Collective Evolution, they say that:

And, on this site that investigates claims of medical veracity, they acknowledge that:

One laboratory study also found that a compound isolated from sour sop seeds had 10,000 times the potency of one particular chemotherapy drug on colon adenocarcinoma cells.Hoax Slayer

Even Snopes, the definitive resource of uncovering and exposing fraudulent claims, has gotten into the act:

Since 1976, Graviola has proven to be an immensely potent cancer killer in 20 independent laboratory tests.Snopes Research

This Snopes article is particular interesting because it talks about the history of the research and questions whether traditional medicine has been hiding this cure-all.

Apparently, a large pharmaceutical company spent 7 years researching and proving that Soursop has tremendous cancer fighting potential but, after realizing that they could not extract and package the natural contents for profit, they stopped their research and squashed the findings.

They’ll be a special place reserved in the after-life for people like this.

In this video, you can see what the Guanabana fruit looks like, how to cut it, and how to remove the seeds and turn it into a tasty juice.

In Conclusion…Cancer Patients Should Add Soursop to Their Diet

The potential benefits of Soursop for cancer patients certainly seem to outweigh the adverse side-effects.

It seems a near certainty that Soursop may cause neurological degeneration to those who have regularly consumed it throughout their lives. However, this prolonged exposure primary applies to those in areas where Soursop is a regular part of the diet.

It also seems a near certainty that Soursop has tremendous potential to ward-off or even kill many cancer causing cells. The many studies (that drug companies ceased and sequestered) of Soursop/Guanábana/Graviola all indicate that this naturally grown substance has the ability to fight numerous forms of cancer. And, unlike traditional chemotherapy treatments, Soursop does not “kill everything” and hope for the best; it simply kills the cancer cells.

And, many studies suggest that Soursop/Guanábana/Graviola has other added benefits in addition to fighting off cancer cells. More than a few reports suggest that it cures herpes, parasites, infections and even works as an anti-depressant.

So, should you add this to your diet if you are battling cancer or want to ward off cancer cells? Well, while I would not recommend falling victim to Soursop pill scams, I certainly would recommend making the juice as you see in the video above or buying some Soursop/Guanábana/Graviola tea bags and making this a part of your afternoon ritual.

Experts caution against soursop fruit to fight cancer: This article from the Cancer Treatment Centers of American obviously raises red flags but also mentions “that soursop compounds tested on breast cancer cells in culture were more effective than chemotherapy in destroying the cells.” Why would they then not recommend it? Are they in bed with big pharmacy? Seriously, if a patient is stricken with a breast cancer death sentence, why would they not recommend a treatment that is “more effective than chemotherapy”?

Can graviola (soursop) cure cancer?: This article from Cancer Research UK seems to contradict itself: “Overall, there is no evidence to show that graviola works as a cure for cancer. In laboratory studies, graviola extracts can kill some types of liver and breast cancer cells that are resistant to particular chemotherapy drugs. ” Is that second sentence “evidence”?

The Benefits of Soursop: SFGate.com presents a well-balanced article on why you might want to incorporate Soursop in your regimen.

Guanabana information – Exotic fruits | Nature’s Pride: This article tells you how to prepare Guanábana and when it’s ready to eat.

Why is there no fresh guanabana in the US?: Guanabana is a very climate and transport sensitive fruit. Thus, it is difficult to find in the states. At times, you can actually buy Guanabana on Amazon and you may want to try Googling “Gaunabana CityName” to see if it’s available in your locale.