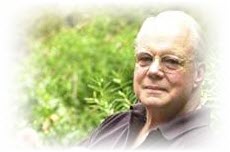 M. Scott Peck leads my list of the top fraudulet self-help gurus.  This may come as a surprise to many of his devotees but let’s at least discuss the possibility.

I never liked him because the first line of his famous book, The Road Less Traveled, says Life is Difficult.

My mom and her friends all read this book.  My mom used to constantly remind me that yes, Richard, Life Is Difficult.  This got me depressed.  And my mom’s friends too. Hence, the future success of Prozac Nation.

He also plagiarized the title of his book from the words of one of my favorite poems by Robert Frost:  The Road Not Taken.  We all know the line:

because I, I took the road less traveled  by

and that has made all the difference

This is one of the most misunderstood poetic lines of all time.  The narrator of the poem is speaking these lines looking back.  He’s lying to others and himself.  He didn’t consciously make any choice.  Earlier in the poem, he acknowledges that life offered him two roads and he didn’t see any difference between them.  He just flipped a coin and said What the F*ck.

Which is, I suppose, the same thought pattern he employed when he cheated on his wife.  (It must be true…it’s on Wikipedia.)    Yes, apparently, in his book In Search of Stones,  Peck acknowledged “having extramarital affairs and being estranged from two of his children…”

Apparently the man who preaches Self Discipline Through Delayed Gratification couldn’t wait!

Now, I know why his life was difficult.

Perhaps he should have just taken some Prozac…