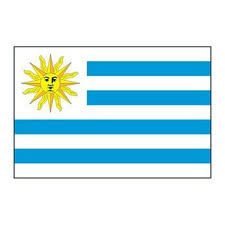 This is an article I wrote about the Freakonomics of Uruguay back in 2007. Some of the observations would no longer be accurate today (like the tattoo one!) ……but some would. Thus, I leave this article about Uruguayan Freakonomics here for a glimpse of the past and perhaps some revelations about the present.

I met a girl named Maria the other day which is not unusual because a large number of girls here bear that name.  What was unusual is that Maria had a tattoo, or as Vince Vaugh’s character in Wedding Crashers says, “might as well be a bullseye”.

I read an astounding statistic before I arrived in Uruguay that 25% of the population in the USA under 30 years of age has a tattoo.  Clearly, cosmetic surgery of tattoo removals will be a huge business in 20 years.  That sleek looking butterfly which currently soars seductively on your lower back will one day be an amorphous blob hanging on for dear life.

Tattoos here in Uruguay are scarce.  Why?

My other instructor Juan, also college educated, lives with his partner.  When you say this in San Francisco, it means one thing.  Here, it simply means that he is not married to the women with whom he lives.  She is pregnant but will continue to work until delivery.  Marriage is on the outs here, not on the ins.  There are move divorces than there are marriages; people seem to be taking this as a lesson.  And people infrequently have more than one child if they have any at all.

Juan just had a vacation.  He went nowhere.

He went nowhere because he earns nothing.  The average income in Uruguay is about $4000 US dollars per year.  The newspaper here costs a little over $1 and more on the weekends.  If the average person here buys the newspaper everyday, this will consume approximately 10% of their annual income.  If they like to smoke ($2) and read the newspaper, they’ve already burned 25% of their annual salary.

Nobody buys a house because you actually have to buy the house.  Mortgages are non-existent.  The mother of the house where I am staying mentioned that she had “to go to her other house and paint for the day.”

“Your other house?” I said.  Suddenly, I thought this humble exterior may be a front.  I am actually living with the Leona Helmsley of Uruguay.  After several questions, I found out that she actually rents the house and then re-rents to other people.  She’s a re-renter.  Nobody owns.

Everybody lives with their parents well beyond the college years.  I inquired to others at the local bar, “well, what would you do if you met someone and wanted to bring them back to your house?”

They responded, “she leaves afterward”.  The walk of shame is alive and well here!

The only way to afford a house is to be married, or with your working partner, or get a room in a house with several other people.  And if you choose the last, they say, you may as well just live with your family.

Mortgages don’t exist for the same reason Juan gets his paycheck changed into Euros.  Fear.  Miedo.   Specifically, fear of currency fluctuation.  In the early 2000’s, the economy here crashed and the memory of this thrives in the minds of those adversely affected, which is everyone who had money.  Apparently, many banks were owned by one or two families.  When the economy was under great stress and the viability of these banks questioned, these one or two families thought “better get out now.”

“What are we going to do?” they asked one another.  “We are getting low on money.”

“Well,” someone else responded, “there is a lot of money in our banks.”

So, taking entitlement to new extremes, they took everyone’s money.

And this fear lives on in the minds of Uruguayans.

If you were to take a shower in the house in which I’m living, or to try to use hot water in the bathroom sink, or if you want to wash/dry your clothes at home, you would think Uruguay is third world all the way.

However, their literacy rate far exceeds the United States.  Education is free and, by all accounts, quality.  Healthcare is free.  Crime is minimal.  All signals that Uruguay will be thriving in the near future.  They just need Kohler down here to improve the bathrooms.

But nobody would be able to afford a Kohler sink.  That’s the rub.  I feel like, after receiving many years of quality education here, someone jumps out from behind a closed door and yells, “jokes on you”.

After this education, people have no ability to make any real money, what I’ll call portable wealth.  Juan, who just had his vacation, could not go anywhere outside of Uruguay because he can’t afford it.  If you went to the wealthy areas here, these people do have nice homes in nice areas, but, if they moved to the USA, they wouldn’t be able to afford more than a one bedroom house in Cape Girardeau, Mo.

In the United States, they say everybody has an opportunity to make something of themselves.  I’ve always believed this.  But truly, if you look around, most people who have significant wealth started with a pretty good foundation.  Donald Trump likes to claim he “came from nothing”, but if nothing is 4 buildings in the heart of New York city, I’ll take nothing.

Here, opportunity for wealth is the door that’s never answered.  At the end of the rainbow, there are two jobs which will allow you to eat but never move out of your parents’ home.  And if you want to read the daily paper, you best get a third job.

Which brings us back to Maria and her tattoo.

People here don’t have tattoos because they live with their parents.  Parents are wiser than children, though children will infrequently admit this.  Parents know that the tattoo will one day be the regrettable relationship, the lemon BMW you should never have purchased (what a price you got though!), or the augmentation that went awry.

And, when you live with your parents, you can’t hide your tattoo.  They’ll see it and tell you what a dumb decision you made.  And they’ll realize that you spent 2 months of your paycheck on this thing.

With this in mind, I asked Maria where she got her tattoo.

She responded with a name I did not recognize, but the name had a “c” in it.  Maria pronounced the “c” like a “th” with a hint of a lisp, not a common  pronunciation here.