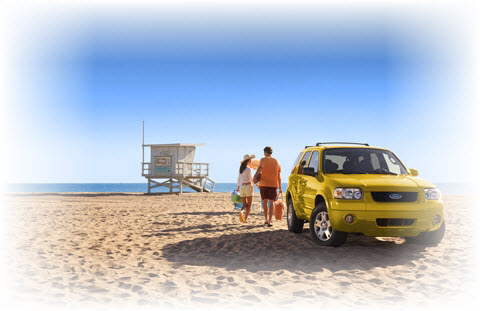 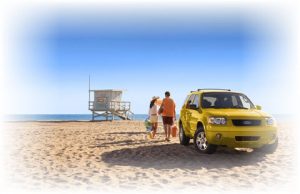 Renting a car in Uruguay is a tremendous way to get around if you intend to see many places in a short amount of time.

If you are simply going to one place (like Punta Del Este) for several days, it is better to travel by bus.

Bus travel is the most common way to get around for Uruguayans and, unlike most of the people, the buses are extremely prompt, leaving the station at the exact moment that it says on the itinerary.

And so, as my Uruguayan friend Vicky and I decided to tour the beaches, she recommended renting a car since we would be going to several beaches in a short amount of time. (NOTE: If you are going to be renting a car, be sure to learn some Spanish first. I used this Spanish program. You can download it now and begin immediately.)

This seemed like a good idea.  However, after having lived in Montevideo for several months, I had seen many unconventional driving behaviors:

I later learned that many of these unconventional driving behaviors are only relevant in Montevideo.  Once you are outside the city and on the main highways, driving is much like it is in the states.  However, you will notice that the aggressive driving strain exists wherever you go.

We rented our car in downtown Montevideo at a place called Multicar.  All of the people there were extremely friendly though I was glad to have my Uruguayan friend with me as nobody spoke English.  I also wanted to make sure that we had car insurance just in case I made an unpleasant acquaintance of someone who elected to proceed.

Insurance is called “seguro” in Spanish, which is the same word for “I am sure”.  And, yes, after having seen the driving in Montevideo, yes, seguro-por favor!

I acquired the insurance but the process is a strange one.  Usually, in the states, the price of insurance is added to the bill and it’s usually an extra $10 or $15.  However, here, they created a credit card slip for $100 (which seemed steep), but did not seem to charge my card.

He responded, “Oh, no, your card will only be charged if there is an accident.”

Of course, this was all in Spanish so I wanted to get the exact translation from my friend.  And, yes, she said, that is correct.  So, if nothing happens, I don’t need to pay?  And if something happens, they simply charge my card $100?

Hmmm…curious?  I wish all insurance worked like this.  If nothing happens, I don’t need to pay anything?  This is great.  I wish it worked like this in the states.  I would return to my health care provider and my car insurance provider and say:  “Nothing has happened to me in the last 20 years, can you please give me back the $100,000 I have paid you over the years!”

(This was exactly how the insurance worked in my situation.  I have difficultly believing this is common.  If others out there have a different experience, please comment below.)

She responded:  “well, what else would it be?”

“An automatic?” I ventured with an inquisitive look.

Obviously, I found this last line rather humorous.  It’s like a calculus professor who can’t do addition and subtraction.

“Of course you could drive one.  It’s much easier.  You don’t have to use your left foot or your right hand.”

She drove us out of Montevideo and, and in true Uruguayan fashion, proceeded with no regard for caution.  I covered my eyes and prayed for that moment when we exited Montevideo.  I took over once we hit the countryside.

On the way back to Montevideo, we were stuck behind a large truck, going uphill.  The lines on the road indicated no pass.  Vicky decided to pass anyway and I covered my eyes.  I immediately heard her say “oh, shit!” as a car raced over the hill coming at us head-on.

Luckily, we slipped back into our lane just before the impending head-on collision, which would have cost the rental car agency well in excess of my $100 insurance payment.

Other Notes and Recommendations on Renting a Car and Driving in Uruguay: