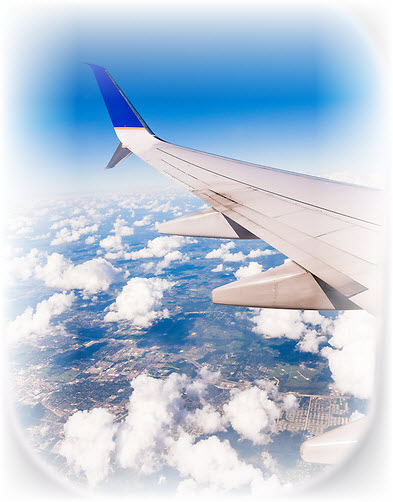 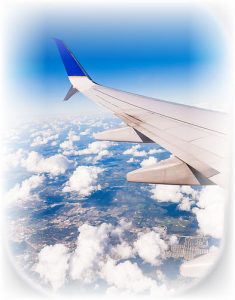 Though I live in San Francisco, I began my journey to Uruguay from LA after staying at my friends Hermosa Beach house for July 4th.

On the way to the airport, the taxi was diverted from the main roads because they were filming a movie of some sort. Then, while proceeding to my gate for the flight to Miami at about noon on a Sunday, I spot this very attractive blonde women gracefully but hastily making her way through the airport with some guy who was probably just on the cover of Men’s Health.

I looked at her and she gave a quick glance, clearly preferring me to her over-coiffed associate, that said, “Have a great trip in Uruguay, Richard”.

Thanks Uma …Enjoy your journeys as well I silently said back as she was already 50 yards beyond.

Uruguay is 4 hours ahead of California which makes it an ideal time for the late risers. If you want to telecommute from Uruguay to your job in the USA, you can work from 1pm to 9pm which would actually be a great schedule here because, as I have learned in the last few days, people here prefer the late evening hours. Like many Spanish speaking countries, activities all commence later than elsewhere. The first night, when my house-mom asked what time I would like dinner, she gave me the strangest look when I said 6pm. And I said this because I assumed, given that she’s in her late 60’s or 70’s, that she would want to prepare dinner early. I have since learned that she stays up until 1am in morning.

When I arrived in Miami, I could have begun using my Spanish immediately because scarcely anybody in the Miami airport service arena speaks English. This would have been a futile effort though because they don’t really provide too many services. I waited in the food court, along with many others, for about 20 minutes while 5 people waited on one customer. My layover wasn’t timed for the food court services in the Miami airport. I had to go.

How many people go from the United States to South America on a Sunday night? As I passed the other gates to approach my own direct flight to Montevideo, Uruguay, I noticed many direct flights to all the prominent South American countries: Buenos Aries, Lima, Santiago, Rio, Sao Paulo, etc. The flights to both Buenos Aries and Montevideo surprised me because the two cities are so geographically close. Either people are traveling in great numbers or American Airlines is losing a lot of money to make advertising claims of more destinations. As it turns out, both are probably true. My flight was about ½ full.

There are rules when flying and the guy sitting next to me didn’t follow them. He looks like he doesn’t belong on a plane, like it’s his first time flying and he’d rather be tending to the farm. Perhaps he’s a courier returning successfully from a large drug delivery. One successful mission down and a little more money in the bank. Four more goes at this and his odds run out. Didn’t he see the movie Maria Full of Grace? He had the look like he was going to be sick. Perhaps he recently had pounds of drugs stashed in his stomach. And, what’s upsetting me is that he doesn’t know he’s allowed to move seats. I’ve got the window; he’s got the aisle; he must go. That’s the rule. As all fliers know, on a half full plane, you’ve got to move quickly to secure that whole middle row. Sure, they tell you not to move until the plane has taken off, but those in the know know better. He didn’t moved and other people got the wide open seats in the middle which they quickly converted into their own bed. While I, I was stuck squished between the window and the drug courier on a half full flight to Uruguay.

I assume cities located on the beach will be warm, which, given that I live in San Francisco, is probably the worst assumption anyone could make. I did do my advanced research and learned the seasonal average temperatures here. However, I am an optimist and probably focused on the historical highs column while ignoring the daily lows. Mind you, I came from Hermosa Beach where it was 85 degrees Fahrenheit everyday. I had flip-flops on while everyone else had reached into their bag and pulled out the coats, mittens, and hats. Even the drug smuggler one-upped me here. He gave me that look that said you see, I know more than you do. Ah, don’t be so smug Paco, your odds are running out.

At work, have you ever had an all hands on deck, where some immediate event necessitates every employee? The arrival of a plane at the Montevideo airport seemed like such an event. I saw no other planes arriving on this Monday morning at 10am. Ideally, when the temperature is 0 degrees (yes, it’s centigrade, but it’s still 0 degrees-I’m all metric now baby!), you will de-plane in a warm cozy gate. Not so for our flight. You de-plane onto to the tarmac and then get on a bus which takes you to passport control/customs area.

I have arrived in other countries before where passport control treats you like a criminal with endless questions about your intentions. I was asked no probing questions; in fact, the nice woman just looked at my passport, stamped it, and said Buenos Dias. This proved to be the first sign of many that indicated the gentility of the people here.

After passport control, you proceed through a duty-free zone. Here, you are greeted by two women who may have just stepped out of Cosmopolitan magazine. They are ostensibly selling perfume. However, what they are really selling is Uruguay, who apparently knows how to greet its visitors.

Duty-free leads to the luggage carousel. My bags arrived intact and now I was ready to proceed through the bag check. However, I didn’t notice any and an employee just pointed me to the exit. If you don’t shop in duty free, the entire process through the airport lasts 10 minutes tops.

The Spanish school I will be attending offered transportation from the airport for $40. But, if I’m going to be spending several months here, I might as well begin the living in a foreign country thang and figure out how to get from the airport to my school/accommodations. All I had was the address of the school and $100 I had just changed into pesos at the airport.

There was a taxi office just outside of the luggage area and I approached and inquired, in extremely broken Spanish, whether there was a flat fee to the city or if the taxi was metered. Immediately, I learned two things: (1) Flat fee doesn’t translate even if I knew the words for it and (2) This girl, like most others here, speaks little English.

But this is great and one of the reasons that I chose Uruguay. Little English forces you to speak Spanish. Anyway, after some playful back and forth, I learned that it is a flat fee of $25 (US) ~ $524 (UYU) to this area in the city. And, the girl left the office to escort me outside to the taxi. I sense that they do this for everyone. Another indication of the kindness of the Uruguayan people.

After I jumped in the taxi, she leaned in and, in broken English, said, “Enjoy your stay.”