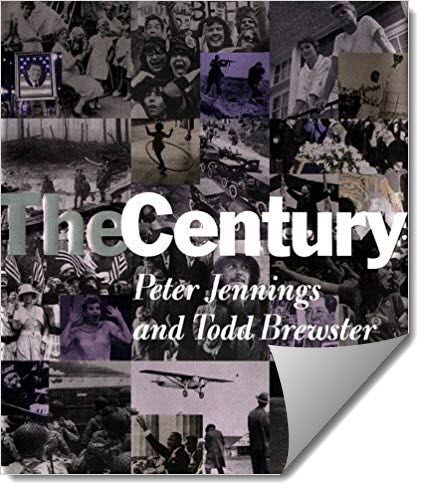 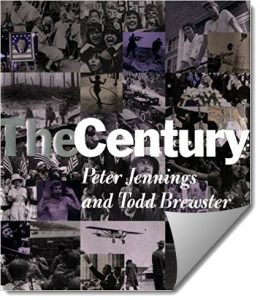 If you want to read one of the best books about the 20th century, pick up a copy of The Century by Peter Jennings and Todd Brewster.

When the change of the century occurred, many books came out chronicling the 20th century.

One of the most popular was Tom Brokaw’s The Greatest Generation.  My parents have this book on their shelves and I’m sure they enjoy reading the stories of selflessness and patriotism that embodied America back then.  I too have read many of these stories and enjoyed them immensely.

The book that I have always have near my bed is The Century.

I often pick up this book before I go to sleep because you can read small segments.  I am addicted to reading about our World War II.

Perhaps this is because it seems to be the last war that actually was justified?

I read these stories with a good deal of pride and long for that America that stepped into help when help was truly necessary.  I wish I would have been alive during that time.  Would I have been so selfless to go to Europe to fight the enemy?

The Century is so relevant to our times.  You are still able to meet and talk with people who experienced all the events in the book.  Granted, some of these folks are rather old right now!  But just think, there are still people alive who participated in the building of The Panama Canal, fought in World War II, created the first personal computer, fought in the bad wars, etc.

So must changed during The Century, changes that affect you, and it’s worthy of a read by everyone!