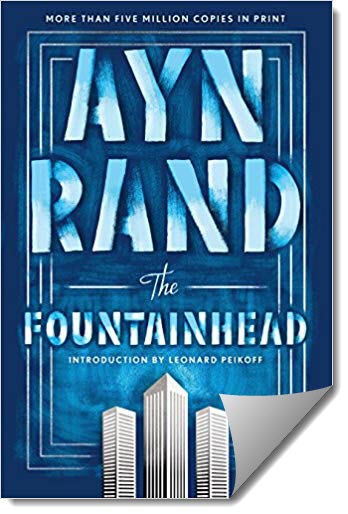 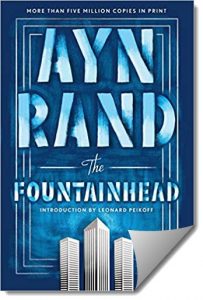 You will not often find me endorsing books of an overly serious nature but The Fountainhead by Ayn Rand, and Atlas Shrugged, for some reason, defy my usually aversion to topics of seriousness and self-absorption.

The Fountainhead is written by Ayn Rand and many of you, yes you, were suppose to read it in one of your college courses.  But you didn’t!  So, now it’s time to go buy it on Amazon and see what all the fuss is about.

“…a philosophy developed by Ayn Rand in the 20th century that encompasses positions on metaphysics, epistemology, ethics, politics, and aesthetics.”

Sounds so drab and self-indulgent.

In fact Howard Roark, the main character in The Fountainhead, seems drab and self-indulgent.  I would never want to go have a beer with him.  He would always want to point out what is wrong in the world.  I would say, “let’s have some fun Howard.”  And he would probably respond, “this is fun.”

Then, why did I like this book?  Howard Roark is described as a man who…

“chooses to struggle in obscurity rather than compromise his artistic and personal vision by pandering to the prevailing taste in building design. Roark is a singular force that stands up against the establishment, and in his own unique way, prevails.

You see?  You would not want to have a beer with him either.

However, his character is admirable.  You can learn from people who would not be your friends.

There is something noble in his pursuit, something admirable about having a singular purpose and sacrificing nothing to achieve it.

I picture Ayn Rand, late at night in bed, thinking of her creation Howard Roark, and moistening her sheets a bit…

Ayn Rand describes her Objectivist philosophy in this way:

“My philosophy, in essence, is the concept of man as a heroic being, with his own happiness as the moral purpose of his life, with productive achievement as his noblest activity, and reason as his only absolute.”

This is a grand philosophy and worth a read, but it has just one problem:  It’s no fun.  It lacks mystery.  It’s too reasonable.

Combine The Fountainhead with books like Jitterbug Perfume and The Alchemist and you’ll embrace a world where you can have “productive achievement” and you can still have a little fun!