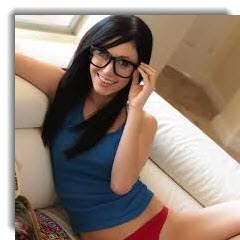 I was just about to create an entry about the legality of prostitution in many countries when various Internet searches brought me to Sally, who is struggling with this very issue.

Apparently, Sally is a feminist; I liked the way she thinks through, and struggles, with the problem.  I’m not a feminist (can a guy even be one?) and would not immediately say I appreciate feminism given the stereotypical  images it conjures.

Whoever the marketing whiz is for feminism needs to be fired!  It should be a celebration of the feminine, not a pursuit of the masculine.  Or perhaps these are just statements of a chauvinist (several people called me a chauvinist after I wrote One Thing a Woman Should Never Divulge).

A subset of the feminist movement has been a prime advocate for abortion, claiming that “we own our bodies and can do whatever we want with them.”

A person once offered to sell me a house.  He could do that because he was the owner of the house.  What connotes ownership more than the ability to sell, or in the case of prostitution, rent?

But, at the same time, women claim that they don’t like to be objectified.  Nothing could possibly objectify a woman more than selling herself.

The problem is with the language:  “We own our bodies.”  This is really a dumb statement when you put thought to it.  Everybody came into this world the same way.  So, the status of our bodies, be we male or female, is the same.  We either all own our bodies or we don’t.  You can’t say “WE own our bodies” as this may imply that other people don’t.

Today, when I was out getting a cup of coffee, I saw a little boy who looked very glum.  I said, “Young man, what seems to be the problem today?”

He sadly responded, “I don’t own my body.”  Do you see the problems that this could cause?

One of the other problems is objectification.  The body is certainly an object, but is it an object to be bought and sold?

One of the clichéd arguments is that a prostitute is no different than a sports superstar who is bought and sold to the highest bidder.  Or, perhaps even more similar, a supermodel who flaunts her body in skimpy outfits on the catwalk, on the catwalk baby, I shake my little toosh on the catwalk!

The model, the athlete, and the prostitute each employ their body to gain financial benefits.

So what’s the difference?  The difference is, too many people, sex is not objective; it’s personal…inextricably woven with emotion, feeling, and heart.  But, to others, sex is impersonal.  It’s an evening athletic event, or a validation to the question, “don’t I look hot tonight?”

I know many people, both men and women, who dissociate emotion from the act of sex.  If you don’t believe me, you’re just not one of them.

The movie Indecent Proposal perfectly put this hypothesis to the test.  When offered a million dollars to sleep with Robert Redford, Demi Moore’s character, after many discussions with her husband, somewhat reluctantly agrees.

The problem was that she wasn’t one of them; she was not one of those people who could separate the act from the emotion.  For that matter, neither was her husband.

Following the release of Indecent Proposal, Oprah aired a show about this very matter:  Would you sleep with a man for money?

A psychologist picks a random man and woman from the audience and asks the women:  “Would you sleep with this man for $1,000,000?”

The woman responds:  “For that kind of money, of course!”

She says, “What kind of woman do you think I am?”

So, if you ask me the question: should prostitution be legal?  My answer is a resounding yes.  Any activity which takes place in abundance, by otherwise reasonable people, should be legislated, legalized, and safe.

However, before a woman embarks on her new career, she should be required to take a test entitled:

What kind of a woman am I?