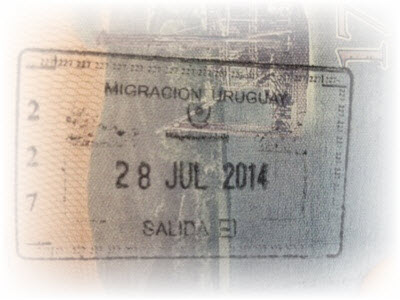 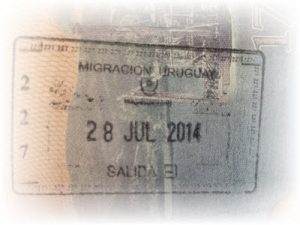 In this article, I will tell you how to extend your stay in Uruguay if you would like to stay for greater than the 90 days that you are allowed when you enter the country.

In the article, Uruguay: Visa Requirements, Visa Extensions, and Passport Information, I wrote about how you can simply pay at the airport if you have stayed beyond your 90 days. But, after living in Uruguay for some time, I have the need to simply extend my 90 days to 180 without going to the airport.

So, in this article, I am going to tell you how to get your 90 days in Uruguay extended to 180 days within Montevideo. I have just returned from doing this so it is very fresh in my mind.

You will be going to the government office called Dirección Nacional de Migración. It is located at Misiones 1513 at the corner of 25 de Mayo. This is where all of the banks are in Ciudad Viejo and many buses stop on this block.

Once you have arrived at the building (a very nice interior by the way), you will wait in the first line to get a number and piece of paper. There, you will tell the hostess that you need to extend your passport. Prorrogar is the word “extend” in Spanish and if you say that while holding out your passport, they’ll get the drift. They will give you a number and another piece of paper and then direct you to the other section to wait until your number is called.

My number was called after about 1 hour but I went at the lunch hour which was probably not wise. Unlike in many places in Uruguay, where you have to pay strict attention to the numbers being called, here they are all posted on a video screen. It’s all very simple.

When your number is called, you simply hand them your passport and the piece of paper that was given to you by the hostess. The attendant will then enter your information into their system, tell you go to pay the cashier, and return to another desk to get your final document. The cost to extend your Visa in Uruguay in late 2010 was 402 pesos, about $20 dollars American.

You will here many people lament the bureaucratic processes that exist in Uruguay and rightfully so. However, this process to extend your Visa in Uruguay was pleasant and painless.

If you have to extend your 90 day Visa in Uruguay, going to Buenos Aires for a weekend is always fun and will also do the trick. However, if you do not have the time or you don’t want to spend a bundle to extend your Uruguayan stay, simply pop on over to the good folks at the Dirección Nacional de Migración and they will get you squared away in under one hour.

And finally, as far as I understand, this is a one time extension to your 90 days.  After these 90 days are up, you can leave the country and then re-enter to get 90 more days.  When those 90 are up, you can then have another visit to the  Dirección Nacional de Migración 🙂

Thanks all.  Hope this helps,