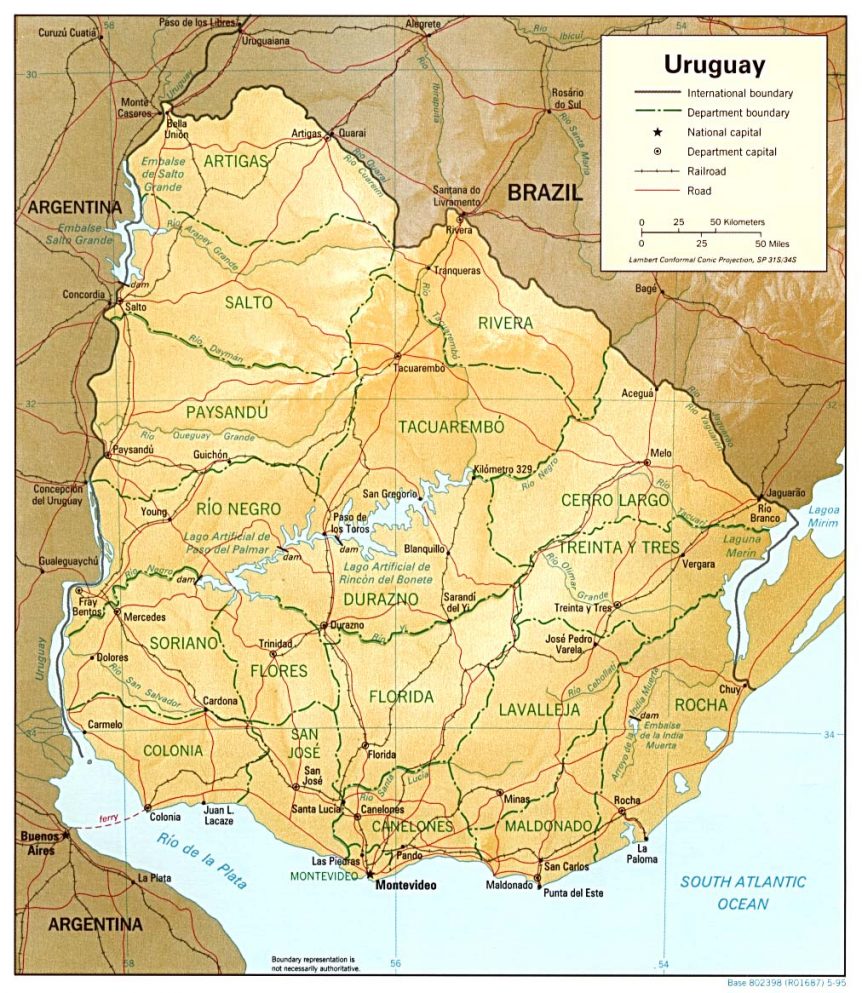 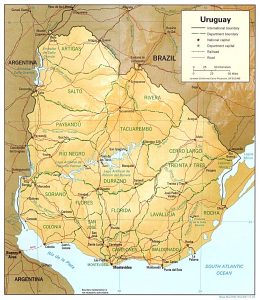 If you want to visit Uruguay for an extended stay of longer than 3 months, read this article to find out what you need to do.

I initially planned to visit Uruguay for approximately 4 months.  However, when I read the Department of State’s Uruguay page, it said:

All United States citizens entering Uruguay for business or pleasure must have a valid passport.  U.S. citizens traveling on a regular passport do not need a visa for a visit of less than three months.”

Well, this is great information for those who are traveling for three months or less, but I wanted four months.  I did not know any Uruguayans at the time, or anybody who had been to Uruguay, so I did not have anybody to consult for what to do about a visit longer than three months.  Apparently, you can contact some American agencies or the Uruguayan embassy and discuss the issue with them-hassles I did not want to deal with.  So, I booked my tickets for 2 months and 29 days and decided that that would be sufficient.

When you arrive in a country, you quickly learn the local expat tricks of the trade.  After my arrival in Uruguay, I quickly realized that, if possible, I would like to stay longer than my intended 2 months and 29 days.  Well, it turns out that people who want to extend their stay in Uruguay for longer than 3 months simply visit Buenos Aires, Argentina for a weekend and this renews their 3 months.  Buenos Aires is only a 2 hour boat ride (or 4 hour bus/boat combination) and is well worth a visit.  The boat ride from Montevideo direct to Buenos Aires costs about $80 one way.  The bus/boat combination costs about half that.

I overheard a couple of people chatting about this and one said to the other:  “Well, I have decided to stay a bit longer in Uruguay so I’ll need to head to Buenos Aires to extend my Uruguayan Visa.”

To which the other responded:  “There’s no need to do that.  You can simply pay at the airport when you are leaving Uruguay.  You don’t need to go all the way to Buenos Aires simply to extend your stay in Uruguay.”

I inquired further about this and, yes, it turns out that you can simply pay at the airport if you stay longer than 3 months-you do not need to go all the way to Buenos Aires if you do not want to.

This seemed a bit risky.  What if I arrive at the airport and cannot do this?  What will happen?  I was especially concerned because my flight left at 9pm and so there was the distinct possibility that  these offices would be closed.  So, I checked with the American Embassy in Uruguay and, yes, in fact, they said that you can just pay a fee at the airport and you are all set.

Here is how the procedure works.

When you check in for your departure flight, they look at your passport and determine that you have been there for longer than the limit of 3 months.  (I actually told them up-front so that there would be no surprises anywhere along the line.)  They allowed me to check-in but then they held my bags until I had paid the exit fee at the office of immigration which is located about a 10 minute walk away from check-in.  My exit/extension fee was $23 (payment was only in pesos) and I was all set.

I boarded my plan and was on my way.

For the future though, I realized there is a much easier way to extend my Uruguay beyond 90 days.