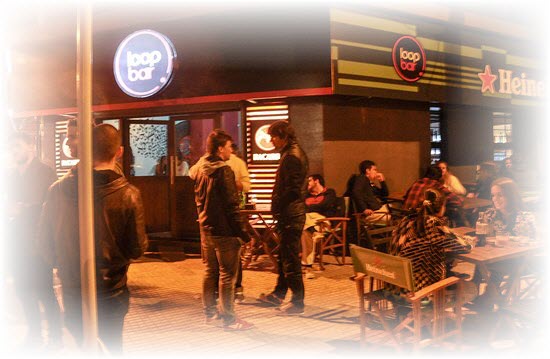 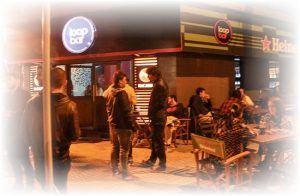 I once read, when I traveled to Madrid, Spain many years back, that the Spaniards embrace nightlife unlike any other culture. I believe the exact statement was…”if you think New-Yorkers know night-life, you will quickly realize that the Spaniards know better”.

On my first day in Uruguay, after arrival, I ventured out at about 5pm to begin my language learning quest. And what better way to begin than at a bar, striking up conversations with the local patrons? I walked a few blocks and saw few bars but they were all closed. Must be the neighborhood, I surmised. I’ll go more downtown and hit the after work crowd. I passed many bars on the way there-nada. All bars were closed. When I got to Ciudad Vieja-the old city, a bustling touristy/work area, I found one bar with a couple of old cronies. Even the Irish Pub I found was closed.

(Sidenote: If you visit Uruguay, be sure to not only embrace their culture, but their language. I used this Spanish program. You can download it now and begin immediately. It will allow for more interesting conversations during your Uruguayan nights!)

Has there been a new, anti-drinking mandate in Uruguay? After all, the president, Tabaré Vásquez, is a doctor who had recently banned smoking in all the bars. Has he recently decreed a similar moratorium against the finer beverages? If true, this will severely dent my approach to conversational Spanish.

Two days passed. And, while I am absolutely loving my homestay with my Uruguayan mom Maria (who for her age is totally hip), she is 71 and we do have a small cultural/age divide. I was thinking this very thought after dinner on my third night here. Well, perhaps I’ll take a walk through the streets and see what happens at the 10pm hour. There’s got to be something.

And this something unraveled the mystery.

Nothing opens until 9pm. At least nothing in the libation business. Thanks to Tabare, I only needed to peer out my front door one block down to see people outside. Outside, because they all have to smoke outside. It was a bar called Living and people there were doing just that!

Though I go to Spanish school during the day, I have now found my true classroom. I ventured in and bellied up at the bar, ordered my drink, and then proceeded outside where all the people were.

In America, when we are approached by foreigners who don’t speak English very well, we may say he speaks broken English. Well, if their English is broken, my Spanish is utterly shattered. But, no sense in belaboring that point, I might as well jump right in. I tried to say is this seat taken?, but I think it translated to them as Blah Blah Blah.

But effort trumps silence every time and the conversations began. Here is what I learned about nightlife in Uruguay:

Most of the regular bars open at 9pm. On a weekday, people may normally begin arriving at 11pm. On the weekends, arrival time is more in the neighborhood of 1 or 2am. Yes, 2am is arrival time. Monday and Tuesday many bars are closed altogether. On Wednesday, people begin going out again. Thursday is oft considered the beginning of the weekend. You will find a bar here or there open all day, but the attendees are the same people you would find at a bar in the states at 9am.

Beer and Wine are considerably less expensive than in the states. Two very popular beers are Patricia and Pilsen, both quite tasty. Uruguay needs to advertise their wines more because they are made locally and compare with the best in the world. Unlike in San Francisco, you can actually buy the wines made here for less money than you could buy them elsewhere. A good bottle of wine is $4. A large two-pint size bottle of beer is $2.

If they open so late, what time do they close? The bars close when people leave. On weekends, usually between 6 and 7am. On weekdays, usually 3 or 4am.

And if you’re not done with your drink? You can take it with you, like in Las Vegas or New Orleans. It’s common here to see people walking along the street with a beer. A favorite past time is drinking on The Rambla (street in front of the beach) on nice days.

In the states, we legislate stupidity. If one drunk has an accident, we create a law (no more public consumption of alcohol). Here, they legislate sanely. Don’t drink so much.

Sanity seems to work. When at the bar at 5am, you won’t find that most people are completely drunk like in the states.

Though, they do seem to have an evolving drug problem, which I’ll talk about some other time.

Adjusting to the local culture, my friends and I went to dinner in Ciudad Vieja at 12pm. We finished dinner at 1:30am with the intent to go check out the discos. There were people on the streets handing out fliers for the discos. All said “Free Admission Before 2am!”

Because nobody arrives until after that. And, again, they’re open until about 7am or later in the morning.

Thus far, my personal recommendation would be “W” disco. It overlooks the water and has rooms for all types of music: Hip-Hop, Techno-crap J, local Salsa, etc. Present company excepted, the people there are all good looking .

…I am not quite sure how the people manage to keep their schedules straight. They all work hard–having one or two full time jobs and school-but come Thursday, the party begins and does not stop until Monday. It’s challenging to stay out on the weekends until 7/8am and then, come Monday, wake up at that same time to begin the arduous weekly schedule.

The Spaniards manage this schedule through siesta-naps. Here naps are not common. So, the next time someone says, “the people in Spain know nightlife better than anyone,” I’ll respond…

“You must have never been to Uruguay!”