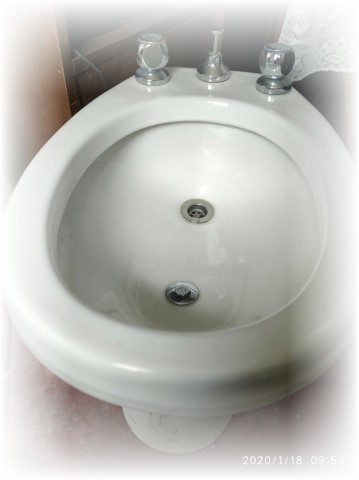 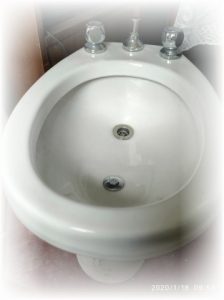 There are 3 main cell phone companies:  Ancel, MovieStar, and CTIMovil.

Like most South Americans, nobody here makes a phone call.  If you receive one, it’s important, or the person is rich and lazy.

It’s comparatively expensive to make a phone call.  Everyone WhatsApps everything-it’s kind of hassle.  It’s not uncommon for someone to say “oh, my phone is out of money.”  You refill your phone through phone cards.   Many people buy these at these stores called Abitab.  I could not figure out what these stores really did at first.  I thought they were just places that sold lottery tickets.  I have since learned that many things here are quite…Antiquated…

Do you remember in the old days when you paid your telephone bill, your heating bill, etc. through the mail?  You write a check, put in an envelope, afix a stamp to it, and send it off.  And now, most of you probably use the Internet.

Well, in Uruguay, the old days are the future.  They certainly don’t pay bills over the Internet and most people have not reached the whole put the check in the mail notion either.  Everybody goes to these stores called Abitab to pay their bills.  Yes, they walk over (‘cause not many people have cars), usually with cash, and pay their bills in person.

Most homes don’t have central heat.  They use these little portable heaters and bring them wherever they are in the house.  In the states, we have the Ice Cream Man.  Here, they have the Propane Man.  He drives down the street, honks his horn, and people go out to refill their portable heaters.

Speaking of heat, take all the long showers and baths you can before you get here because most homes have a very small heating tank.  In my current home, which is nice, hot water lasts maybe 3 or 4 minutes tops.  I have mastered a technique of shampooing and washing in about 30 seconds and then just sitting under the elusive hot water for the next 2 ½ minutes.  The shower exit time is critical.  You must get out just before the hot water stops.  Who wants their shower to end with cold water?

But, really, who needs a shower when you have bidet.  Clean the privates and get on with your day!  If you don’t know what a bidet is, then you should travel more, study french, or follow the link I created above.  The French love them because they provide a good justification for not showering  J  .  Oh, whatever, I have plenty of French friends and we laugh about this all the time.  If you’re too politically correct, look elsewhere!

Bidets are everywhere here and in every bathroom.  And for the first time, I did try it.  First, I tried without sitting on it just to see where the water comes out.   Mistake!  Water shot all over the bathroom.  If water with that force entered me, I think it might exit through my mouth.  I’ll need to be careful with this one I thought as I cleaned up all the water that now soaked the whole bathroom.

It’s a sensitive topic to talk to people about…which makes me enjoy the conversation all the more.  “Pardon me, do use a bidet?”     “Oh, yes, of course, they’re great.”  “Ah, interesting,  and what do you like about it?”

Really, it’s all about a dirty bum and so, without fail, the conversation always leads to interesting destinations.  However, one destination was rather unsettling.  One of my conversations led to procedural techniques, which are not easy by the way.  Bidets have two sources of water, two spouts.  I really have yet to figure out what both are for.  One, as I’ve discovered, shoots water straight up your bum.  Anyway, in this procedural conversation, I asked what transpired immediately afterward.  Because, you can’t really exit the bathroom with a dripping wet bum.  (I’m using the word bum instead of ass because ass is crass…and my parents may read this J)  Anyway, they said, “well, no you don’t walk out with a wet bum.  You use the bidet towel.”

The bidet towel?  The bidet towel?  Excuse me?  I think this is the towel that I thought was the general bathroom towel…the one that I use to wash my face.  Well, apparently, I now have a closer relationship with my housemates than I would have guessed.

And beds?  Single beds are still very common here.  Maybe that’s true in the states too…but nobody I know still has a single bed.  Everyone has queen, king, or a California king, which I had because I lived in Califonria.  You could fit like 6 people in my bed at home.  Here, you can barely fit me.  And I move a lot when I sleep.  In my California king, I had plenty of room to move.  Here, I think I just spin around all night because if I actually move, I’ll fall off the bed.  I’m sitting in this very bed right now on the Internet…

People have to go to the store to pay their bills yet I am sitting here, in bed, on wireless Internet, and I’m able to talk to people in America via Skype for 2 cents a minute, which is less than it costs to make a local phone call here.

I’ve also just switched to a service called Earth Class Mail, which scans your mail for you and allows you to view it over the computer-totally cool!  I also have a Skype-In number so that I can be called anytime, and if I’m not on the Internet, people can leave a voicemail.  I’m now virutal me.  I can be anywhere and receive mail and phone calls…

Is it now truly a world without boundaries???

Yes and No.  Two stories immediately come to mind.

In his book, The World is Flat, Thomas L Friedman speaks of this idea of a world without boundaries.  It’s a pretty good book, especially if you’re fond of economics.  Put it next to your copy of A Brief History of Time and catalog it under Books I Will Never Read But That I Want Visitors to Think I’ve Read.

But my friend here, Adam, typifies a scenario presented in the book.  He and wife love to travel and they chose Uruguay as their home-base for a couple of years.  He teaches history, in English, at the private international school here.  Anyway, as you may have read, salaries here would scarely buy you cup of Starbucks each day.  So, Adam and his wife wanted an added source of income.  They saw an ad for people to announce soccer games in English.  Adam likes sports, he’s trying to introduce the game of darts in Uruguay, but didn’t really know squat about soccer, or futbol, if you prefer.

This still will not buy them a Starbucks here, because there is not Starbucks here.  Good coffee is very hard to come by here.  And I love coffee.  And what I have discovered is rathering sobering.  The best coffee here, and the quickest, easiest, and most comfortable place to have a cup of coffee is…(dare I say it)…(I don’t want to)…(but it’s true)…(so I’ll say it)…(don’t tell anyone I’m saying this)…(ok, here goes)…McDonald’s.

Yep, I’ve been to McDonalds here more in 2 months than I have in the states in the last 10 years.  Why?  Could McDonalds really be the most comfortable?  And the answer is yes, because every McDonalds that I have been to hear has a McCafe which I have not seen in the states.  The McCafe is often attached to regular McDonalds but it does not have the McDonald’s fast-food smell.  In fact, most McCafes have leather sofas, nice tables, and an overall inviting ambiance.  And, not many people know this (probably because most people here don’t have latops), all the McCafe’s have free wireless Internet.    Remind you of anyplace?  I think McDonald’s is preempting Starbucks entry into Uruguay.

But, I digress.  I was speaking of a world without boundaries.  Clearly, McDonalds and Starbucks realize no boundaries as they are everywhere.  However, our good ‘ole USA recognizes, and strickly enforces, boundaries which presents situations that can be awkward at best and downright uncomfortable at worst.  It’s karmic payback for bidet discussions!

If you read about my arrival here, you read about the entry into Uruguay.  Not only was a Visa not required, there was scarcely any customs present on the day that I entered Uruguay.    My passport was stamped without question and I entered.  It was so seemless that I paused before I entered, thinking, “am I on candid camera?”  Is someone going to walk up and say…”do you think you can just walk right in?”  But that’s what happened.  Nobody asked about my bags, looked through them, asked my intentions.  Nada.

And so, after my first month here, I moved in with some Uruguayan friends of mine.  Our friendship was established because Eduardo, the owner of the house, was planning to travel to San Francisco for two months.    I could stay in his house, help him with his English, and he with my Spanish, and I would tell him all the things to see and do in San Francisco.  It was muy simpatico, perfect for both us…

Until last week…when his Visa application to enter the United States was denied in less than 25 seconds.  I awoke to a conversation between Eduardo and his friend who said, in jest (I hope), “well, you should just kill the American living with you and then you’ll feel better.”  Eduardo owns a home, had a friend to stay with in San Francisco, is a law-abiding Uruguayan citizen, provided bank records, home ownership records, his intention to learn about the US, and they scarely considered his bid to enter the US.  And, he had to pay $125 dollars for the priviledge of getting denied in under 25 seconds.

How to explain this?  Uruguay let me in with nary a question.  The US required extreme measures only for a quick sorry, we don’t want you or at least that’s how Eduardo felt and with justification.  Stereotypes abound and, in this circumstance, they were abounding all over the place.  The US is the rich country.  Uruguay is the poor country.  We don’t want anyone who might drag us down.  They want us because we have money.

Boundaries clearly still exist and are strictly enforced.  Luckily, this discomfitting situation was somewhat neutralized by…

Yes, bicycles.  You see, Uruguay made a bunch of great bicycles and tried to sell them to Argentina.  But Argentina would not have them because they made their own bicycles.  They said to Uruguay, “ah, yes, these are great bikes, but we make our own bikes and cannot allow you to sell your bikes here.”

And in much the same way, I would have let Eduardo into the US, but the government has policies that they deem in the countries best interest.

Bicycles didn’t solve all the problems, but at least they softened the discussions a bit.

And for now, at least, I think I’m off the hit list!