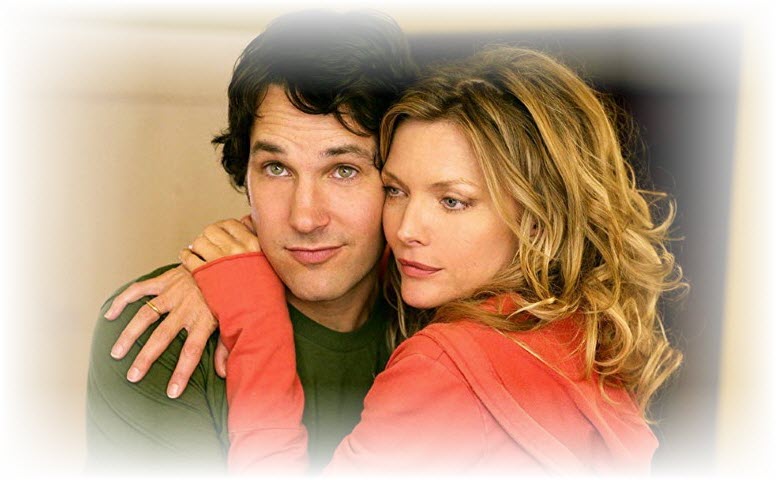 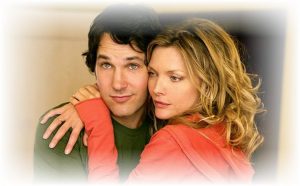 When a movie ends, you look at that person you went with in that questioning manner. Your face does that did you like it? face.

After seeing I Could Never Be Your Woman, my friend and I made that scrunchy face, that face often made after someone just emitted a foul odor.

We were not necessarily upset that we saw it. We’re a forgiving audience. After all, how bad could a movie with Michelle Pfeifer and Paul Rudd be?

Have you ever heard of any of these three sayings? Don’t cry over spilled milk. The grass is always greener on the other side of the fence. Tomorrow is a new day.

If so, you have seen this movie. The person who wrote this script graduated from Redux University in Commonland, California. The famed instructor John Smith teaches there and encourages all students to think dependently, write unoriginally, and follow existing formulas.

I was able to obtain a copy of the script writers notes on which she based the movie. On a napkin, she had scribbled these four points:

Michelle Pfeiffer is a classic beauty and Paul Rudd is pretty damn funny. Together, they are oil and water. I did not feel any genuine chemistry between them.

Perhaps the most interesting thing about this movie is not the movie itself but the idea it presents: Older Women With Younger Men.

The world is filled with the reverse: Michael Douglas and Katherine Zeta Jones, Jack Nicholson and his babe of the day, Kevin Costner and his young bride. It seems that for every older Hollywood actor there is a young girl on his arm.

But what of the older actresses?

There is an interesting scene in this movie in which a younger studio executive, contemplating what actress is right for the part, comments on some of the older Hollywood actresses like Meg Ryan, Cher, and Kim Basinger and the various levels of plastic surgeries that they have had.

Are any of them married to younger men? Do older women and younger men just not work?

Of course, in this movie, the older woman and the younger man end up together. The unoriginal script dictated that ending. But this is the movies.