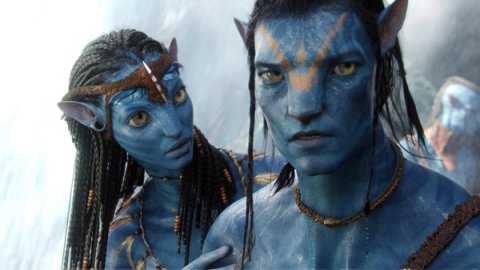 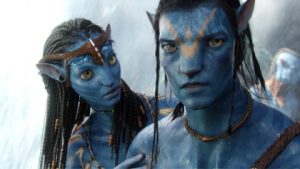 At the end of my viewing of Avatar, the audience all clapped.  They clapped because the human race fell to a society of extraterrestrials.

Why is this?  Are humans beings discontent with the world they inhabit, with themselves?

In Avatar, human beings set out to obtain a precious commodity called unobtainium that exists on another planet named Pandora.  Unfortunately, this prized material is found in great abundance directly on the land that the Na’Vi (the indigenous peoples of Pandora) inhabit.  Thus, after perfunctory attempts to befriend the Na’Vi, the human beings attempt to destroy the Na’Vi people and claim their fortunes.

That’s the general plot.  But what interested me more was the subplot and why people clapped at the end of the movie when the greedy humans are destroyed by the Na’Vi people after a vicious battle.  In this clapping, people are essentially applauding the destruction of themselves.

A bulk of the nearly 3 hour movie is taking up with the subplot, which is about how the Na’Vi people live.

The Na’Vi people live in communion with nature.  They physically connect themselves (through their tails) to living creatures of all kinds, from space-age horses to plants that record the history of the Na’Vi people.  When they have basic needs, like self-defense or hunger, they apologize to the beast that they are required to kill for these needs.  Their days consist of frolicking through their lovely paradise and living–virtually naked–in the beautiful moments that nature has graciously provided.

And so, when the heartless humans pursue their precious commodity at the expense of the Na’Vi people, the movie audience chooses tranquility over progress.

However, humans–you and me–have not made this choice outside of the cinema.  We choose progress over nature; we choose progress at the expense of nature.  By our complicity and purchases–TVs, iPhones, houses, cars, diamonds–we are actively rooting for the destruction of  this tranquil life.

Through our telling applause, is it not reasonable to conclude that we pursue a life, an existence, that we do not really want?  Are we addicted to things that are not the thing we really want?

To me, these questions are the secret success of Avatar.

Ironically, I wouldn’t be asking these questions were it not for this movie,  the most expensive, progressive, and technologically advanced movie ever made.