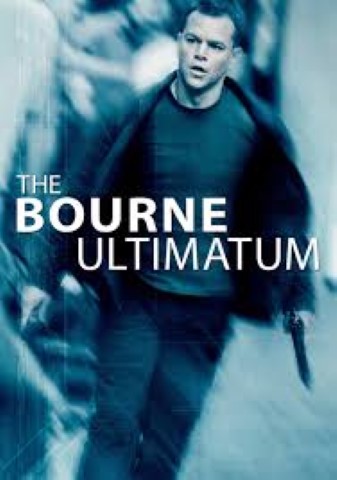 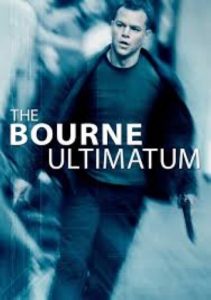 Sarah Silverman sings on You Tube about f*cking Matt Damon.  We know why she did this:  she had just seen The Bourne Ultimatum.

That’s why Sarah Silverman is f@*king Matt Damon and why Jimmy Kimmel is left f*cking Ben Affleck.  Career wise, Ben Affleck needs a wake-up call. A little spark from Jimmy Kimmel might be just what he needs.

I’ve seen all the Bourne movies.  Truth be told, I would have seen this movie even if it got panned by critics.  Jason Bourne is part of what I call The Great Triumvirate of JB’s:  Jason Bourne, Jack Bauer, and James Bond (vote for your favorite).

But this movie is fantastic.

The Bourne Ultimatum is not so somber.  He knows who he is and finds the people who made him that way.   And he takes action to no longer be that person.

And of course, we have a few classic scenes.  The first is a repeat of the scene from The Bourne Supremacy when he tells Pamela Landy on the phone, “Get some sleep Pam; you look tired.”  She suddenly realizes that she is being watched.  Great scene–worthy of repeating!

The second classic scene occurs when the bad government man, Noah Vosen, is out looking for Bourne and Bourne calls him on the phone:

And the third and final classic scene occurs right at the end, when we see Bourne swim away after we think he may be dead.  Did you get chills?

This ending, of course, paves the way for a fourth Bourne film if they choose to do one.  Matt Damon says after each one that this will be the last.  However, I’m inclined to think otherwise:

Studio:  Matt, we want you to do another Bourne.

Matt:  It’s not about the money.

Matt:  When do we start?