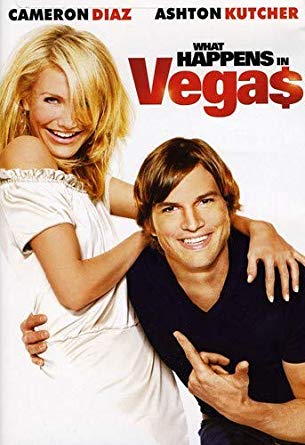 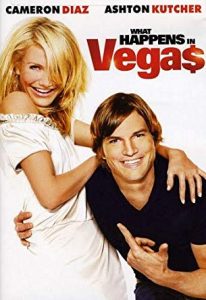 On the way to the theatre, I said to my girl friend, “You know one reason why I want to see What Happens in Vegas…I want to see if Cameron Diaz still has IT.”

I remember the first time I saw her…it was in the movie The Mask.  When she appeared onscreen, I was mesmerized.  How could someone have such amazing blue eyes and a smile that inviting?  I was taken aback not only by her beauty but her charisma and playfulness, which was later on full exhibit in There’s Something About Mary.

But after those two movies, I don’t recall having that same feeling again.  Let’s see…there was Charlie’s Angels-didn’t see it, Gangs of New York-not wild about it, that one with Julia Roberts, My Best Friend’s Wedding-liked it, …but after all of these, I never had that initial reaction.  So, I wanted to see if she still had the IT factor after all these years.

And, then of course, she was in Being John Malkovich, a very unique interesting movie which featured Cameron Diaz.  This movie could have been subtitled:  How to Make Cameron Diaz unattractive.  I scarcely recognized her in the movie but I like that she didn’t object to being uglified for the role-this makes her more attractive.

And then there’s Ashton Kutcher.  Would they work together onscreen?  Cameron’s not quite of his age interest.  He would probably prefer Cameron ten years from now.

And my apologies to you Ashton.  I think you’re hilarious.  Punk’d-right on.  That 70’s show-good stuff!

Ashton Kutcher is funny, but can he act?  Well, I only have 2 movies to judge him on.  The first?  The Butterfly Effect.  I loved this movie and, since it’s difficult to love a movie in which the lead actor sucks, he gets a nod for his acting.  The second?  A Lot Like a Love.  I enjoyed this movie very much and it’s a chick flick! But when the chick is Amanda Peet, how can you go wrong?

To me, bad acting is when you can tell the actor is trying to act like the character instead of being the character, like Jonathan Rhys Meyers in Match Point (more on that in my review of August Rush).  Often, in these bad-actor scenarios, the actors movements and speech are very deliberate and unnatural.

In his movies, Ashton Kutcher’s movements and speech are deliberate, but not contrived.  They always seem to work with the character.  What Happens in Vegas… is no different.  The character he plays, Jack Fuller, is confident and cocky, but always with an undercurrent of humility, much like Ashton himself.

Chemistry between the lead couple makes or breaks a movie.  As I wrote in my review of I Could Never Be Your Woman, there was no chemistry between Michelle Pfeifer and Paul Rudd, two actors who I really like.  This sank the movie…so much so that it went straight to video.

Does it work?  Is there chemistry?

Are you serious?  How could there not be?

Why have I focused this review of  What Happens in Vegas… on the chemistry between Cameron Diaz and Ashton Kutcher?

Because the movie depends on it.

What happens in Vegas…?

How much more unoriginal could a title be?  It is stolen from a Las Vegas advertising campaign for God’s sakes.

Can you guess what happens?  Of course.  I don’t even need to review the plot.  Oh, ok, I will:  Drunken weekend in Vegas, accidentally wedding (think Britney), lucky million dollar hit on the slots (remember they’re married now), discord and disgust followed by a discovery of genuine love.  Beautiful!

If you are looking to be inspired by an original, insightful script, this is not your type of movie.  If you prefer seeing movies likely to win Oscars, you’ll unlikely like this.

But if you like to have fun at the movies, you’ll have fun with What Happens in Vegas…

Other Notes and Links: