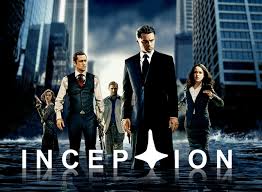 In this Inception Review, I’ll tell you why you need not rush to see this movie if in fact you want to bother with it at all.

I was initially excited about Inception because I like almost all of the actors in it.  I enjoy nearly all of Leonardo DiCaprio movies.   We also have Joseph Gordon-Levitt of 500 Days of Summer fame, and Ellen Page, who played Juno, one of my favorite movies.

Though I am not usually wild about movies that are not based in reality, I decided to see Inception because of these actors and the outstanding early reviews (Inception got a 9.2 out of 10 on IMDB from about 100,000 viewers).  Could 100,000 people be wrong?

Now, people who loved it-all 100,000 of you–will say, “You just didn’t get it.”  Yes I did.  It took a reasonably clever premise-stealing secrets by entering dreams-and butchered it into senselessness.

The idea of Inception tries to take the “entering dreams” concept to a new level:  putting thoughts into people’s heads.  However, since this can’t be done on a conscious level-the dreamer has to believe the idea is theirs–you apparently have to go 3 levels deep:  a dream within a dream within a dream.

With Inception, that is what you get.  4 movies in one, all of them based on this idea of putting an idea-in this case the break up of a company (so exciting!)-into someone’s head.

In today’s economy, 4 movies for the price of one doesn’t seem like a bad idea.

But, in actuality, 4 bad movies is just a waste of time.