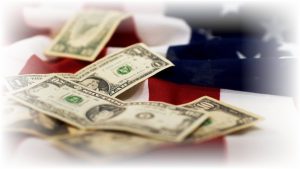 Will you receive a second government stimulus check in October 2020 and how much will it be?

Let’s dig through the facts as we know them.

Currently, the House and Senate are in a stalemate over the amount of money that should be included in a second stimulus package but both Donald Trump and Treasury Secretary Steve Mnuchin are encouraging them to get things worked out.

And just yesterday, Nancy Pelosi said they were nearing a deal for a second stimulus check.

The Senate could have done something much earlier because a second stimulus package, known as the Heroes Act, was passed by the house on Friday May 15th.

Yes, the Senate has had a second stimulus bill sitting on their desk for the last 5 months and they have done nothing, assuming the economy would just fix itself and the coronavirus would simply disappear.

Like President Trump, they must think that ignorance and optimism will solve the problem.

As we read in this Fortune article, “No event in American history has wrecked the U.S. economy faster than the pandemic-driven recession, or pancession for short.”

So, where does that leave us with the second stimulus check? How much will it be and when will it come?

The date, and in fact the possibility, of a second stimulus check are both still in doubt. We do know that all plans call for roughly the same amount of money as the first stimulus payment, with slightly higher provisions for children. Read more here.

So, if Congress does not pass another stimulus bill, when will we get our stimulus check?

The answer is that you will not get another stimulus check.

So let’s hope that the Senate abandons Donald Trump’s strategy of ignorance and optimism and, with eyes wide open, realizes the facts: Americans need help, not because they’re lazy and dependent, but because the government shut down the economy and put them in this situation.